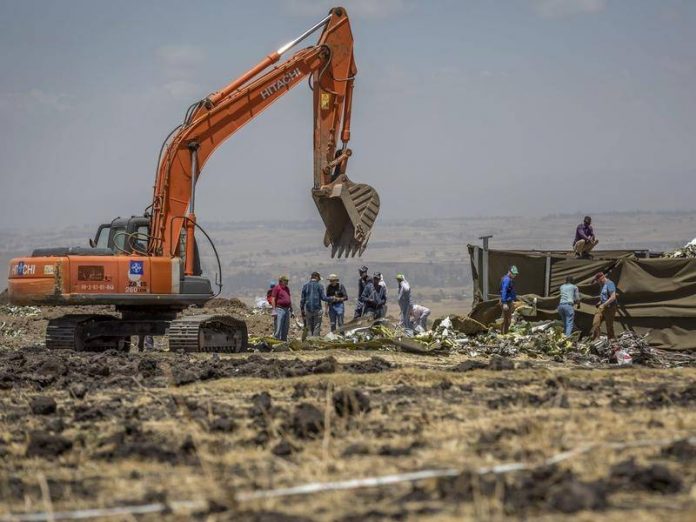 
The Airline said on Saturday that DNA testing of the remains of the 157 passengers on board flight 302 may take up to six months as it offered bereaved families charred earth from the plane crash site to bury.
“We were told by the company that we will be given a kilo (of earth) each for burial at Selassie Church for a funeral they will organise,” Reuters quoted one family member who asked not to be named.


Families have been told it could take up to six months to identify remains, most of which are charred and fragmented
Relatives of the passengers killed in the incident are being encouraged to provide DNA samples either in Addis Ababa or at any overseas offices of Ethiopian Airlines.
Ethiopia’s transport minister said on Saturday it may take “considerable time” for investigators to find the cause of the crash involving the new aeroplane.

“An investigation of such magnitude requires a careful analysis and considerable time to come up with something concrete,” Dagmawit Moges told a press conference.