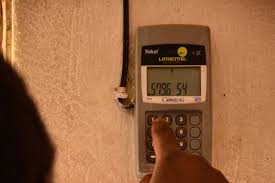 The Electricity Regulatory Authority (ERA) has been asked to end the recurring problem of faulty pre-paid electricity meters.

The MPs on the Committee of Commissions, Statutory Authorities and State Enterprises (COSASE) said that Uganda National Bureau of Standards (UNBS), whose mandate is to ensure quality assurance lacks the capacity to do so.

They recommended that ERA should carry out routine checks as a means of reducing cases of faulty meters.

The lawmakers were meeting ERA officials on 26 February 2020 to discuss the queries raised in the Auditor General’s report for the financial year 2015/2016.


Hon. Medard Sseggona (DP, Busiro County East) said that UNBS does not carry out routine checks on the meters after their installation by Umeme.

“These meters are faulty because of the substandard work done by Umeme and they end up charging consumers highly,” he said.
Kira Municipality MP, Hon. Ibrahim SSemujju Nganda said that ERA has left the verification exercise to be carried out by Umeme alone; a move he said has contributed to the poor quality of the electricity meters.


“Does ERA carry out periodic checks to ensure that these meters are not tampered with by Umeme engineers?” Ssemmujju Nganda asked.

Hon. Michael Mawanda Igara East MP said that it is unfortunate that consumers are still facing the same challenges they faced before the conversion from postpaid to prepaid meters.

“Even with the prepaid meters, consumers still have discrepancies in the electricity bills. You find that this month, someone is paying highly than the next month and yet the consumption is still the same,” Mawanda said.


The Chief Executive Officer ERA, Tibalwa Ziria Waako said that the Authority will on a sample basis, test meters after every five years to ascertain sustained accuracy and compliance with standards.

“To this effect, the authority directed all licensees to submit to UNBS all meter types for verification and approval,” she said.

Meanwhile, lawmakers also tasked the electricity regulatory body to expedite the process of converting postpaid meters to prepaid meters countrywide, saying that the delay raises questions on the capacity of Umeme to complete the contract.


Wako said that it was established that Umeme faced challenges in implementing the conversion programme because consumers were tampering with meters.
“This has led to a sharp increase in commercial losses associated with power theft. It is these challenges that forced the company to slow down the conversion implementation process and re-strategize again,” she said.


She added that ERA has since set up an investigation and prosecution unit within which its legal department handles the issue of meter tampering and electricity theft.

‘‘We are not bothered by Bobi Wine’s allegations of court favoritism’’...