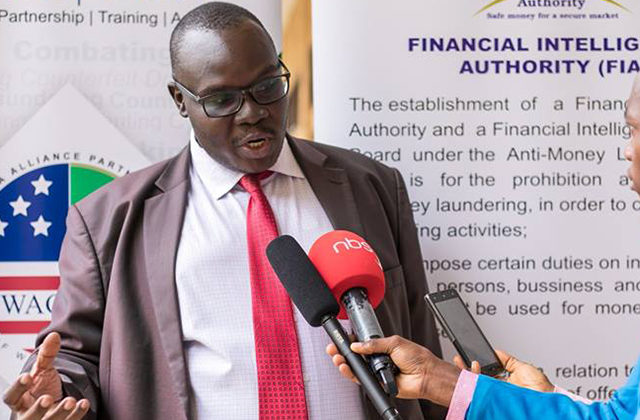 The Executive director of Financial Intelligence Authority (FIA) has directed Executive Director of Equity Bank Uganda for financial statements of 13 non-governmental organizations
The 13 NGO’s have in the past been described as critical of government.
June this year, 149 NGO’s demanded an explanation from the government over the continued office break-in on their premises. Following the break-ins property including confidential documents and computers have been stolen.


Under their umbrella National Coalition of Human Rights Defenders (NCHRDU), the NGOs disclosed that at least 34 office break-ins were reported since 2011, but no report from the police investigations has been presented.

Some of the NGOs that have been affected include Human Rights Awareness and Promotion Forum, whose offices were broken into and the guard Emmanuel Alituha killed in 2014.

Last year, Minister for Presidency Minister, Esther Mbayo revealed that government was investigating some NGOs suspected of funding and coordinating the opposition.
The president has in the past described some NGO’s as agents of imperialists’
“As for the cacophony of the so called human rights defenders, in reality agents of imperialists’ interests and their local lackeys, I would advise them to stop wasting their time in Uganda,” the president said September last year.


In another statement, referring to NGOs, Museveni said; “pseudo democrats, be informed that the game of trying to hijack our democracy by fascists and foreign agents is over. We shall not tolerate any threats by words or by actions.”
‘ ‘ the Financial Intelligence Authority is reviewing certain transactions involving accounts of 13 NGO’s’’ the letter dated 8th August 2019 and signed by FIA executive director reads in part.
The NGO’s are: Alliance for campaign Financial monitoring, Anti-Corruption Coalition Uganda, National Non-governmental organization forum, Human rights network Uganda, National Democratic Institute, Great Lakes Institute for strategic studies and Foundation for Human Rights Initiative


Others are: Democratic Governance Facility, Kick corruption out of Uganda, National Association of Professional environmentalists and Africa Institute for energy Governance
In the letter also copied to Ms Sarah Nakkazi Kiwanuka, the Money Laundering and Control officer at FIA, Ms Asubo noted ‘ ‘ this is to request you to search your database and avail us account opening, documents, bank statements for the last three years and other information available to you linked to each of the above listed entities for further review’’