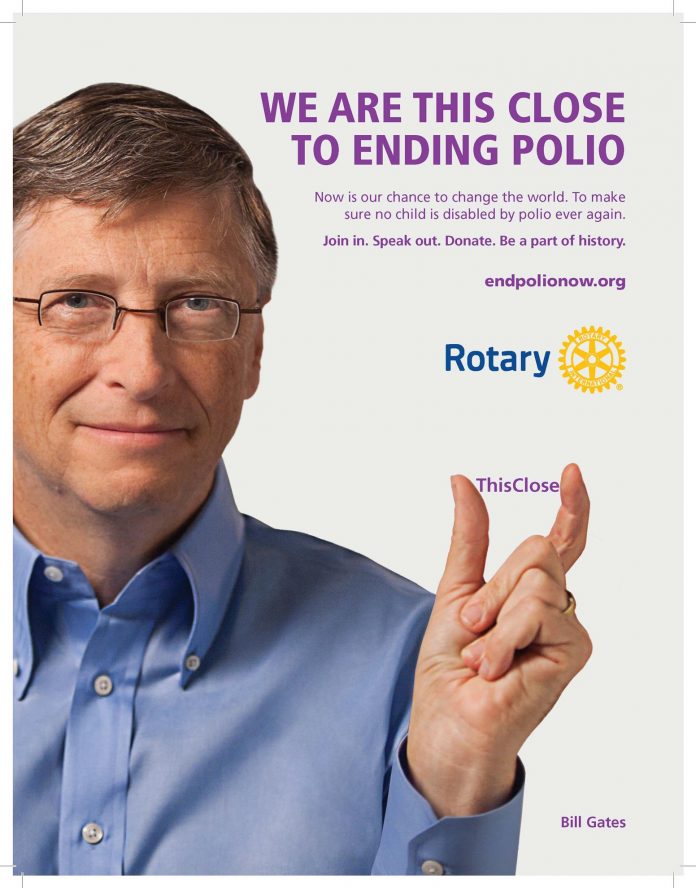 Rotary and the Bill & Melinda Gates Foundation are renewing their longstanding partnership to end polio, announcing a joint commitment of up to $450 million to support the global polio eradication effort.


“Because of the efforts of Rotary and its partners, almost 19 million people are walking today who would have otherwise been paralyzed,” said John Germ, Past President of Rotary International who leads Rotary’s polio fundraising efforts.

Rotary is committed to raising $50 million per year over the next three years, with every dollar to be matched with two additional dollars from the Gates Foundation. This expanded agreement will translate into up to $450 million for polio eradication activities.


“The Gates Foundation’s longstanding partnership with Rotary has been vital to fighting polio,” said Mr. Gates in today’s message to Rotary volunteers. “That’s why we’re extending our funding match, so every dollar that Rotary raises is met with two more. I believe that together, we can make eradication a reality.”


In addition to the extended funding partnership with the Gates Foundation, Rotary is also announcing US$45 million in funding for polio eradication efforts in countries throughout Africa (Angola, Ethiopia, Mali, Nigeria, Somalia and South Sudan), and Asia (Afghanistan, Pakistan, Papua New Guinea, Pakistan and the Philippines). The funding will help support crucial polio eradication activities such as immunization and disease detection, research, and community mobilization.


Polio—a paralyzing and sometimes deadly disease—is on the verge of becoming the second human disease in history to be eradicated.


Rotary has contributed more than $2 billion to fight polio, including matching funds from the Gates Foundation, and countless volunteer hours since launching its polio eradication program, PolioPlus, in 1985. 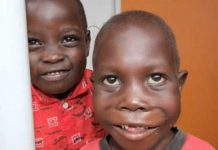 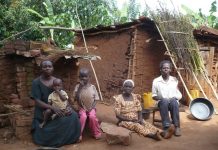 UGANDA VS KENYAN STATE LOOTERS: Isn’t it interesting that in the last 30 years, Uganda has not produced a real middle class