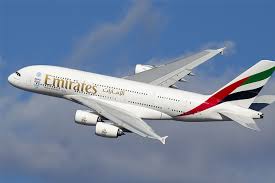 The Emirates Group has announced its 32nd consecutive year of profit, against a drop in revenue mainly attributed to reduced operations during the planned DXB runway closure in the first quarter, and the impact of flight and travel restrictions due to the COVID-19 pandemic in the fourth quarter.
The Emirates Group posted a profit of $ 456 million for the financial year ended 31 March 2020, down 28% from last year.


The Group’s revenue reached $ 28.3 billion, a decline of 5% over last year’s results.
The Group’s cash balance was $ 7.0 billion, up 15% from last year mainly due to a strong business performance up to February 2020 and lower fuel cost compared to previous year.
His Highness Sheikh Ahmed bin Saeed Al Maktoum, Chairman and Chief Executive, Emirates Airline and Group, said: “Every year we are tested on our agility and ability. While tackling the immediate challenges and taking advantage of opportunities that come our way, our decisions have always been guided by our long-term goal to build a profitable, sustainable, and responsible business based in Dubai.”

In 2019-20, the Group collectively invested $ 3.2 billion in new aircraft and equipment, the acquisition of companies, modern facilities, the latest technologies, and employee initiatives, a decrease following last year’s record investment spend of $ 3.9 billion. It also continued to invest resources towards supporting communities, environmental initiatives.
Across its more than 120 subsidiaries, the Group’s total workforce remained nearly unchanged with 105,730 employees, representing over 160 different nationalities.


Emirates performance
Emirates’ total passenger and cargo capacity declined by 8% to 58.6 billion Available tonne kilometers (ATKMs) at the end of 2019-20, due to the DXB runway closure capacity restrictions and COVID-19 impact with a complete suspension of passenger services as directed by the UAE government during March 2020.
Emirates received six new aircraft during the financial year, all A380s. During 2019-20, Emirates phased out six older aircraft comprising of four Boeing 777-300ERs,.
During the year, Emirates launched three new passenger routes: Porto (Portugal), Mexico City (Mexico) and Bangkok-Phnom Penh. It also supplemented its organic network growth with a new codeshare agreement signed with Spicejet that will provide Emirates customers with more connectivity options in India.


Additionally, Emirates expanded its global connectivity and customer proposition through interline agreements with: Vueling, adding connections to over 100 destinations around Europe via Barcelona, Madrid, Rome and Milan; with Turkish low-cost airline Pegasus Airline (PC), offering customers connections onto selected routes on PC’s network; and with Interjet Airlines, opening new routes for passengers travelling between Mexico, the Gulf and Middle East and beyond.
Total operating costs decreased by 10% over the 2018-19 financial year. The average price of jet fuel declined by 9% during the financial year after last year’s 22% increase. Including a 6% lower uplift in line with capacity reduction, the airline’s fuel bill declined substantially by 15% over last year to $ 7.2 billion and accounted for 31% of operating costs, compared to 32% in 2018-19. Fuel remained the biggest cost component for the airline


Overall passenger traffic declined, as Emirates carried 56.2 million passengers (down 4%). With seat capacity down by 6%, the airline achieved a Passenger Seat Factor of 78.5%. The positive development in passenger seat factor compared to last year’s 76.8%, reflects the airline’s successful capacity management and positive travel demand across nearly all markets up until the outbreak of COVID-19 in the last quarter.