Home Lifestyle Eddy Kenzo: Bobi Wine is stupid, if he becomes president, I will... 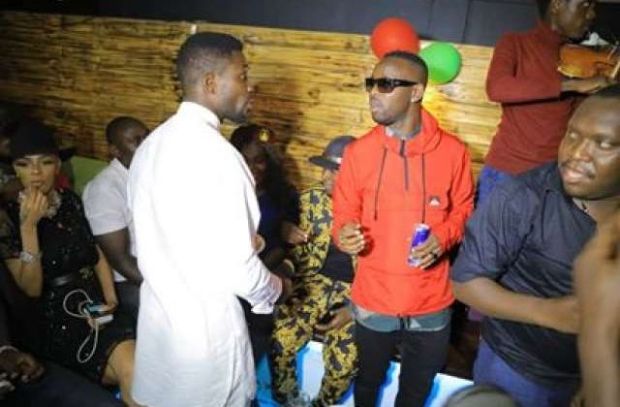 In a recorded phone call making rounds on social media, singer Eddy Kenzo says it all about Bobi Wine to yet undisclosed personnel. he adds Bobi Wine has turned himself into a ‘small god’ of sorts.
In the audio, Kenzo says the presidential hopeful has failed to respond to his WhatsApp messages.
“Am now going to support Museveni, whole heartedly. What has Bobi Wine helped me personally. Now let him fight his own wars if he thinks am useless,” Kenzo said.


The information was leaked by a one Kyazze who is heard in the voice note having a chat with the BET award winner while raising his disappointments in Bobi Wine.

He goes on to explain that Bobi Wine’s intentions are all aimed at sinking all the big artists in the entertainment industry so that he can be praised alone.

Eddy Kenzo went ahead to cement his point by accusing Bobi Wine of refusing to endorse Jose Chameleone when he went to his Kamwoya-based headquarters to pick the Lord Mayor nomination forms and instead endorsed Kabako and Kalifah AgaNaga.