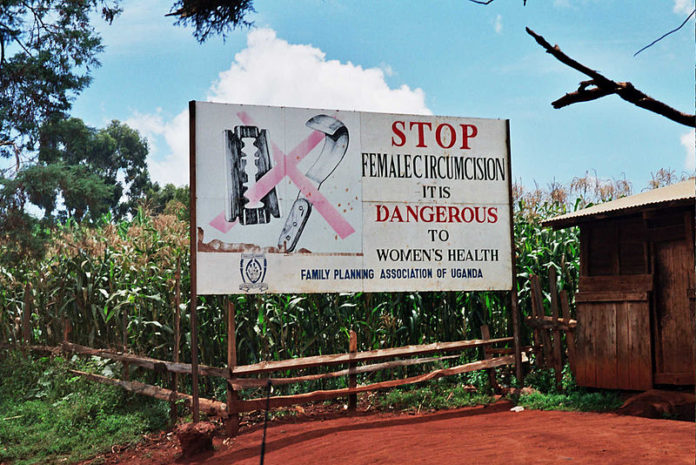 The East African Legislative Assembly (EALA) has enacted two pieces of legislation. The EAC Prohibition of FGM Bill, 2016 and the Administration of the East African Court of Justice Bill, 2016, sailed through as the House adjourned.

The EAC Prohibition of FGM Bill, 2016, moved by Hon Dora Byamukama, is seen as critical in outlawing the cultural practice. The Bill states that the culture of FGM brings with it a number of complications including early child marriage and defilement and health complications that sometimes lead to transmission of HIV and AIDS, death and injuries to those who bear the practice.

The enactment of the Bill was preceded by the adoption of the Report of the Committee on Legal, Rules and Privileges on the Bill. The Report was presented by Hon Martin Ngoga on behalf of the substantive Chair, Hon Peter Mathuki.

The Committee noted in its findings that the practice of Female Genital Mutilation persists in some communities such as the Kadama and Tepeth of Uganda, the Pokot and Mount Elgon Maasai (Sebeny and Kalenjin) of both Kenya and Uganda, the Maasai from Tanzania, as well as the immigrants including the Somali and Ethiopian Communities.

The Committee further observed that the practice of FGM is a cross-border practice which requires co-operation and collaboration of EAC Partner States in order to effectively implement the law and eventually eliminate it.

In its methodology, the Committee reviewed literature relating to FGM on the one side and considered stakeholders’ views from the Consultative meetings on the Bill held during the 3rd Sensitisation program held in the Partner States from 27th October to 7th November, 2016.

The second Bill, the Administration of the East African Court of Justice (EACJ) Bill, 2016 also sailed through. The Bill moved by Hon Chris Opoka seeks to operationalize the provisions of the Treaty relating to the EACJ, to strengthen its judicial independence, establish structures of administration and provide for employment and disciplinary control of the Court’s employees and other matters incidental to the Court.

The Legal and Privileges Committee reviewed literature related to the Court and held interactive discussions with the mover and the Registrar of the EACJ, His Worship, Yufnalis Okubo.

The Committee observed that the Bill would strengthen judicial independence of the EAC and promote the separation of powers within the EAC.

Judicial independence is one of the fundamental elements of a successful democracy and cannot be achievable if the independence is undermined.The Council of Ministers did grant financial and administrative autonomy to the Court and the Assembly therefore a Bill of this nature would enable the Court to attain autonomy. Supporting the Motion were Hon Abubakar Zein and Hon Taslima Twaha.