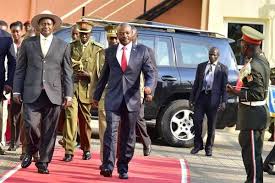 The East African Court of Justice has dismissed a case against the Burundi government which sought to block President Pierre Nkurunziza’s move to vie for a third term.

The case was filed by the East African Civil Society Organisation and the Pan African Lawyer’s Union.
Dismissing the case on Tuesday, the judge, Monica Mugenyi said that the national constitutional court had allowed the president to run because it had intended to stabilise Burundi at that time, while at the same time acknowledging the Arusha Agreement.


“The constitutional court applied its mind in the constitution’s promulgation while it acknowledged and tested the Arusha Accord against related foundation laws such as that country’s electoral code. It took due cognisance of the political situation that prevailed in Burundi at the time in its determination to what emphasis to place on the Arusha Accord and drew its conclusion. On that basis we find no possible reason to fault that judicial reasoning or result,” she said.


In her ruling, the judge said that Article 96 of Burundi’s Constitution means that the number of terms by the direct universal suffrage is limited to two only and Article 302 creates a special mandate by indirect universal suffrage which has no bearing with the terms of office served.
“The court did observe that the fore going interpretation reflects a compromise position and was intended to stabilise the political situation that prevailed in Burundi at that time,” the ruling reads.


According to Article 96 of the 2005 Burundi constitution, the president is elected by direct universal suffrage for a term of five years renewable once.
Ms Mugenyi said that the country’s constitutional court ruled in accordance to the country’s 2005 Constitution and the 2000 Arusha agreement that brought back peace in Burundi.

in the other news

In Kalerwe a man tried to snatch a phone from a passenger in a bus heading to Northern Uganda.

The passenger grabbed his hand and held it as the bus moved on. He was then dragged into the bus through the window.

His fate is unclear. pic.twitter.com/H9uwm9zuIC