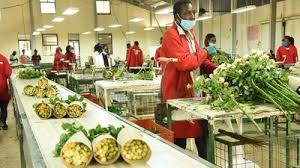 East African Community member states have up to five years to join the UK-Kenya trade agreement due to be signed ahead of the Brexit transitional deadline, officials privy to the draft text say. They added that the new document has also shielded budgetary cuts that had been imposed on the trade policy group Trade Mark East Africa’s work in Kenya, allowing continued regional trade facilitation by the organisation.
However, budgets for Rwanda, Ethiopia were cut by 15 percent, just lower than the initial 29 percent announced earlier in the year.


It means that while Kenya negotiated solely, other East African countries could ride on the deal for the next few years as they figure out whether to enter, based on what parties called “transitional clauses.”
These transitional clauses, sources said, will allow other EAC member states to utilise what Kenya had agreed on with the UK, but could discuss variable new issues such as services trade, new technology, and research and innovation, which were lacking under the European Union Economic Partnership Agreements (EPAs).

The proposal was agreed to in principle last week as Nairobi closed the deal to save its exports from facing taxation in the UK market, once the transitional clauses under the EU expire.
The UK had demanded a deal with all six East African Community member states, but other partners were reluctant to begin negotiations as Uganda, Tanzania and Burundi all faced elections this year with the rest preoccupied with Covid-19.
Betty Maina, the Kenyan Trade Cabinet Secretary, said the deal demands commitments within the framework of the World Trade Organisation and “will support African countries to scale up progress towards an African Economic Community.”
Under the arrangement, the UK accepted products produced in the EAC, other than Kenya to be exported into the UK duty-free quota-free, provided there is proof they originated from the region.


The deal will benefit Kenyan products such as tea, coffee, vegetables, and flowers, while the UK will have free access to export vehicles, pharmaceuticals and paper worth almost £800 million ($1 billion). Data from the Kenyan Trade Ministry showed that by August, Kenya’s exports were valued at $337.7 million.
the East African. 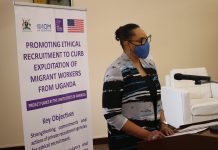 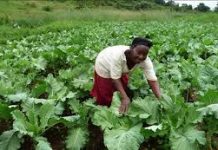 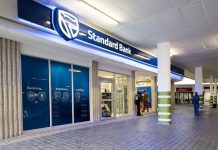 Universal education In Uganda: from Pioneer to Laggard