On the eve of its participation to the 50th World Economic Forum, Janngo pledges 60€ million to back technology startups with a double bottom line approach through its dedicated investment vehicle Janngo Capital Startup Fund.


The fund is a first of its kind Venture Capital & Impact vehicle investing from seed through growth stage across Africa and targeting at least 50% of startups founded, co-founded or benefiting women. This initiative is part of Janngo’s broader commitment on financing the SDGs in Africa, as a member of the Goalkeepers Community and the Global Future Council on the New Economic Agenda of the World Economic Forum.

In Africa, only 3 million jobs are created every year when at least 20 to 30 million jobs will be needed to absorb its fast growing labor force in the coming years. In this context, unlocking entrepreneurship is a critical lever to massively increase the supply of decent jobs and bridge the unemployment gap, both in the formal or informal sector.


“In 2050, we’ll be roughly 2.2 billion people in Africa, which means that we need to find now massive ways to feed, educate, house, care for and employ more than 1 billion people in less than 30 years. We believe traditional development models have failed because they were unbalanced and unsustainable either only focusing on commercial returns or too heavily aid-based : our thesis strikes the right balance between delivering solid returns to our investors while being socially accountable, solving key market failures and leveraging technology to help leapfrog development. That’s our ikigai , our reason for being, as Janngo means “Tomorrow” or “Future” in Fulani.” explains Fatoumata BA, Executive Chair of Janngo and Managing Partner of Janngo Capital.


African women are known to be the most entrepreneurial in the world with a 26% Total Entrepreneurial Rate in Sub-Saharan Africa where they are twice as likely to start a business than elsewhere (Source : Roland Berger). Yet, there is currently a $42 billion funding gap for women entrepreneurs in Africa according to the African Development Bank. Additionally, the larger the ticket size, the harder it is for women in emerging markets to get access to capital with only 10% of women entrepreneurs able to raise money from Series A vs 49% at seed stage.


“At Janngo, we believe that talent is equally distributed between men and women but opportunities aren’t; especially in terms of access to capital. That is why we are proud to be a female-led VC fund investing 50% of our proceeds in startups founded, co-founded by or benefiting women” adds Fatoumata BA, Executive Chair of Janngo and Managing Partner of Janngo Capital.


Financing the Sustainable Development Goals in Africa : the need for a stakeholder approach to accelerate progress towards delivery in the next decade

With a €60 million investment vehicle 100% dedicated to African startups achieving both an economic performance and a social impact, Janngo’s commitment is paving the way for SDGs financing in the Venture Capital Space in Africa. This pool of capital includes a €15 million ticket from the European Investment Bank (EIB), the world’s largest multilateral financial institution and the biggest provider of climate finance. 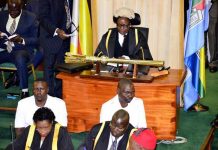