Several suspects accused over the death of Luca Attanasio, former Italian ambassador to the Democratic Republic of the Congo (DRC), were arrested, local authorities said Tuesday.
In February 2021, the Italian diplomat succumbed to his wounds a few minutes after his convoy was ambushed by armed attackers on the road to Goma-Rutshuru, in DRC’s northeastern province of North Kivu where he was on a humanitarian mission with the World Food Programme (WFP).


General Aba van Ang, provincial head commissioner of the Congolese National Police, made the announcement at a press briefing, in which several suspects were presented to the provincial authorities in front of the press in Goma, capital of North Kivu.
The tragedy was likely to be a botched ransom attempt, according to Aba van Ang. After shooting the ambassador, the suspects “very much regretted having lost a million dollars in the ambassador’s case. They disputed over this issue and even wanted to separate. That’s it, they are big criminals.”


The governor of North Kivu, Lieutenant General Ndima Kongba Constant, called on judicial authorities to bring the suspects to justice. “In any case, I appeal to our justice, even today that justice is done and that they are punished in relation to everything they have caused in our people,” he said.
According to local officials, in February 2021, the ambassador’s bodyguard, the driver and several others were also killed in the attack. Several other members of the convoy were seriously injured by gunshot wounds. The attack was part of an attempt to kidnap UN personnel from the convoy, according to the same source.

The provinces of North Kivu and Ituri have been under siege since May 6, 2021 due to violence committed by armed groups. 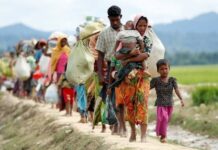 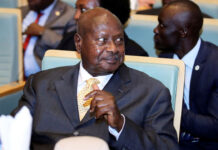