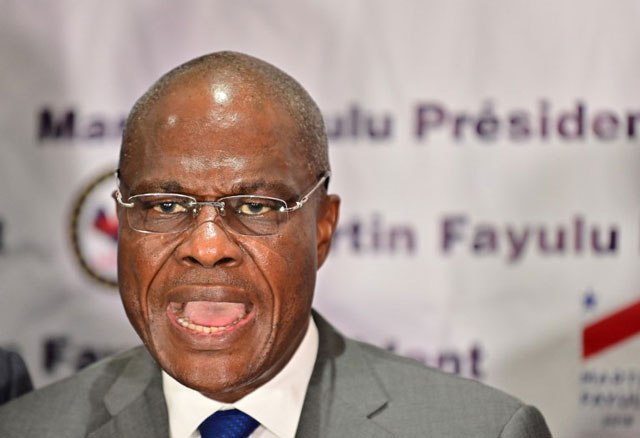 African presidents who ‘rushed’ to congratulate the winner of disputed Democratic Republic of Congo elections Felix Tshisekedi to back off Congolese national issues.
In a tweet on Monday, Martin Fayulu who claims to be the winner of December DRC elections said ‘‘To African Presidents who ask the Congolese people to respect the “Constitutional Court”, I ask them to respect the sovereign decision of the Congolese people who elected me President with over 60% of the vote.’’

the presidency in a statement, called for “all parties and all stakeholders in the DRC to respect the decision of the Constitutional Court”.


“Now that the highest Court in the land has ruled, all the people of Congo and all stakeholders are urged to accept the outcome of the Court and move on to consolidate democracy and preserve peace, stability and security.” “President Ramaphosa said
On Sunday, Kenya president Uhuru Kenyatta tweeted ‘ ‘Congratulations President-elect Tshisekedi on your victory in the recent General Elections. Your victory is a portrayal of the confidence of the people of the Democratic Republic of the Congo in your ideals, leadership and vision for the future.’’


He added: I look forward to working closely with you to strengthen and deepen the long-standing cordial relations between our two countries and peoples.
While Burundi’s Nkurunziza commended DRC for holding a “fully organized electoral process without outside influence.”


DRC’s constitutional court widely seen as beholden to Joseph Kabila on Saturday confirmed Felix Tshisekedi’s presidential election win, dismissing a challenge from another opposition leader who had accused him and the ruling party of stitching up the result.
The Financial Times and other foreign media have reported seeing documents that confirm Fayulu as the winner. The influential Roman Catholic Church, which says it deployed 40,000 observers to monitor the poll, has also dismissed the official outcome.