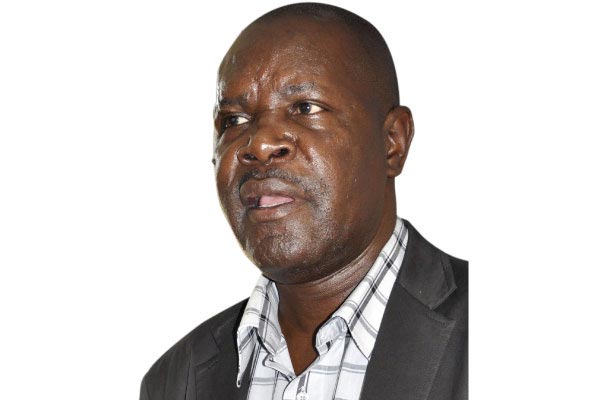 
Ofwono Opondo, the executive director of Uganda media centre, the official mouthpiece for government, on Wednesday asked Kristian Schmidt, the former head of the European Delegation in Uganda in tweet, not to come back to Uganda.
“Good riddance from Uganda, stay there”. Ofwono Opondo tweeted in response to Mr. Kristian Schmidt tweet.
Schmidt had on Tuesday tweeted: Today, I handed my credentials to the President of Myanmar. Europe reaffirms its support for democratic transition and human rights for all.


Mr. Ofwono Opondo’s remarks could perhaps have been triggered by remarks Mr. Kristian Schmidt made before he left Kampala in July this year.
In an interview with the Observer in July 2017, Schmidt was asked: What is your assessment of the Uganda’s political environment?
‘’ ….. as the EU, we see a shrinking of the political space coupled with an uncertain economic outlook and some unsettled issues after the last elections,..We are very disappointed with the torture cases. We are sad at the tragedy of Kasese and excessive use of force by security forces. We pray ultimately that Uganda remembers that security does not come from the gun.’’ He said.
He added: We see peace at the surface and we applaud Uganda for is stabilizing role in the region but we see a risk that this stability is undermined by institutions [ the police etc] not playing their role as they should. We are concerned by the break-in in the offices of some civil society organizations. We are also saddened by the intimidation of the media.


During his stay in Uganda 2013-2017, he spoke freely on any issue.
Mr. Ofwono Opondo, tweet received a lot of criticism from Ugandans.
Edwin Tuhairwe tweeted, “You are not serious you man! What happened to Uganda being hospitable?”
Joel Ssenyonyi, NTV Uganda news anchor tweeted, “OO, I’m here wondering if you took medication this morning.”
Geoffrey Baluku : “Who grew you Ofwono Opondo? Why use uncouth language…very disappointed in you… totally shameful especially from a Government spokesman.”
Opondo is not new to controversy
This is not the first time Mr Opondo has not minced his words
“The US, which uses raw power to project its influence and interests around the world, is the least competent to ask other nations for democratic accountability. Uganda’s democracy is progressing well and we are satisfied with both the pace and achievements registered so far,” said Ofwono Opondo, who was responding to criticism from US Ambassador to Uganda Ms Deborah Malac on the 2016 controversial presidential elections.

In 2015, after Schmidt, as EU head shared concerns of Uganda Human Rights Commission (UHRC) about delays in passing electoral reforms, Opondo responded that there was no guarantee if positive responses would be got after the introduction of the electoral reforms (improving the responsiveness of election processes to public desires).
In September 2017, US Ambasssador to Uganda Deborah Malac expressed concern over freedom of expression in Uganda.
Opondo responded and warned “while we value diplomatic relations with all the countries of the world, Uganda is not very keen to take unqualified lectures from foreign agents.”

READ: Ofwono Opondo to H.E Deborah Malac: site one case in America where a lecturer undressed