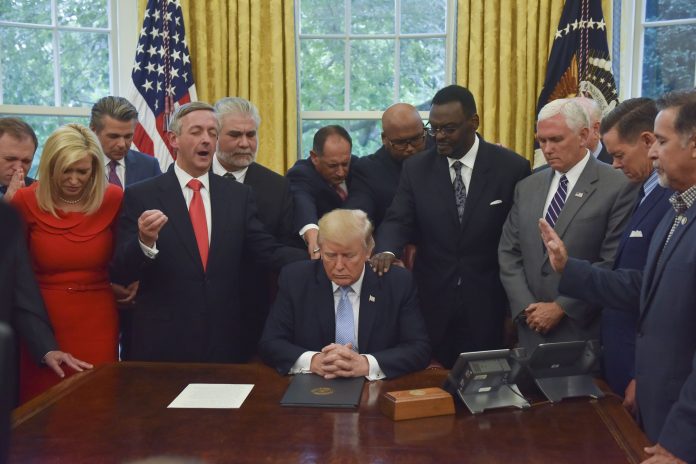 At a Friday press briefing, President Trump revealed that that the U.S. Centers for Disease Control (CDC) would “at my direction” be issuing new guidance for churches to reopen.
He said he was identifying houses of worship as “essential places that provide essential services,” noting that state governors had classified such establishments as liquor stores and abortion facilities as providing essential services, but not churches.


The White House and the CDC have for weeks reportedly been in the process of drafting and publishing new guidelines for churches to reopen.
Earlier on Friday, Trump said that he believed the CDC would “be issuing a very strong recommendation” for churches to reopen, speaking at the end of an event with military veterans at the White House.
Trump added that “we’re going to make that [churches] ‘essential.’

In the listening session with African-American leaders in the afternoon, Trump repeated his desire to have churches reopened swiftly.
When asked if he “prioritizing the reopening of churches over other establishments,” Trump answered “No, not at all.”
Regarding churches, he said “they’re so important, in terms of the psyche of our country,” and that they “are essential.”


“It’s wonderful to sit home and watch something on a laptop, but it can never be the same as being in a church and being with your friends.”
CNA.