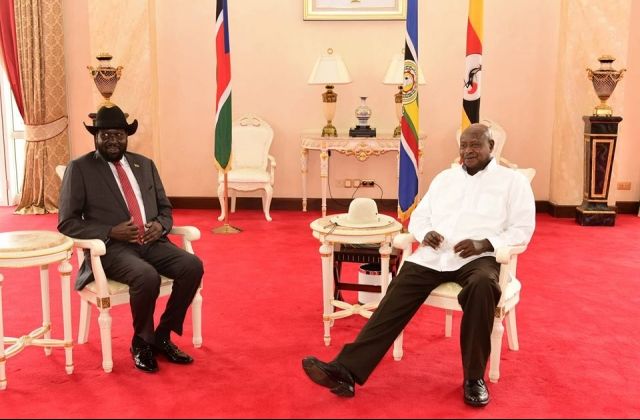 By Alan Kasujja
Fifteen years ago, a friend arranged for me to meet the late Maj. Gen. Kazini. We had a very frank conversation- most of which was off the record.


He showed me photos of him and other senior officers on an operation in Juba. Long before South Sudan’s independence.
I asked Kazini what our forces were doing in Juba. He explained the Pan African angle, Omar Al Bashir’s support for Lord Resistance Army commanded by Joseph Kony and other ideological difference- for example NRM’s opposition to the islamisation of the South.


He added that ‘Mzee thinks Khartoum might be a problem in the future.’ In essence, the independence of South Sudan would provide a buffer against future incursions by the Bashir government and radical ideologues like Hassan al Turabi.
I have been reflecting on this chat as I watch current events in Sudan. Especially the involvement of Egypt, UAE and KSA.

What’s their interest? What’s their play? How do they see this ending? Their Return on investment?
Did Museveni support SPLA/M to split Sudan into two and create a buffer for Uganda?

Ask Washington and Isreal they are real sponsors!