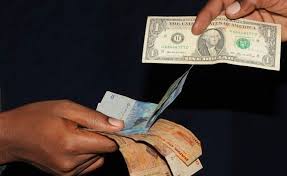 The shilling traded in a stable range as mid-month corporate taxes limited the demand for dollars in a tight market.
Trading was in the range of Ugx. 3,673/ 3, 685. In the local shilling market, overnight funds quoted at 6% while one week funds traded at 9%.

In the fixed income market there was no primary issuance. Trading was confined to the secondary market with scanty market activity reported.
In the coming weeks Bank of Uganda has announced an offer of 220 billion for Treasury bills for 23rd October and 275 billion for 2 year and 10 year reopening for 30th October.


In the regional currency markets, the Kenya shilling was stable, supported by tight liquidity conditions as commercial banks prepared to meet their reserve requirement ratios. KES was quoted at 103.65/75,
While in Tanzania, the currency was under pressure, with a surge in demand from mainly from oil and manufacturing sectors . Trading was in the range of 2297/2307.


In the global markets, the US dollar fell against the major currencies, as both the Euro and the British pound got a lift from the long awaited Brexit deal. The deal was clinched three years after the referendum was held to leave the economic bloc.


Forecast for the shilling indicate a bullish trend in the coming week on account of off shore portfolio flows targeting the local debt market.


However the outlook in the medium term indicate that the unit is likely to weaken going by the indication that BOU will be in the market purchasing dollars for reserve build up in preparation for debt service payments.