Home Politics Daniel Moi’s torture victims speak out: we were willing to forgive him 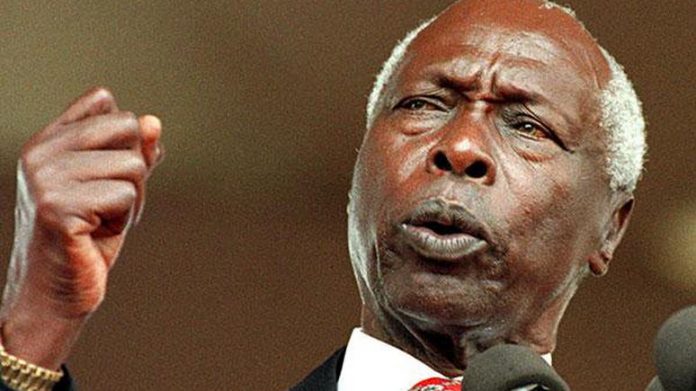 Wachira Waheire was 25 years old when he was thrown into Kenya’s notorious torture cells for possessing a poster saying hunger will lead to revolution.


Decades later, the human rights activist sought a meeting with the man he held responsible. It never happened. On Tuesday, former president Daniel Arap Moi died and with him Waheire’s hopes for a reckoning.
“If he looked at the victims eyeball to eyeball … we were willing to forgive him,” Waheire told Reuters.
“He declined to face us…. if someone is not willing to own up, I think you cannot go ahead and forgive.”
Hours after the 95-year-old former president passed away, coverage of his divisive legacy began to split along familiar lines.

Supporters praised him for keeping Kenya stable when neighbours crumbled into civil war, and for peacefully leaving power in 2002 after 24 years as head of state – a rare occurrence in Africa at that time.
Others criticised him for the corruption that spread under his watch and recalled how his government set up torture chambers in the basement of Nyayo House, a government building in central Nairobi that now houses the immigration department.


Thousands of activists, students and academics were held without charge in the underground cells, some of them filled with water. Prisoners said they were sometimes denied food and water.
Moi never addressed the rampant human rights abuses under his rule and also refused to engage with the nation’s Truth, Justice and Reconciliation Commission, established in 2008.


That’s the body Waheire represented when he sought in vain to meet with Moi in 2011.
Moi’s spokesman Lee Njiru did not return messages seeking comment.
Kenya has never confronted its history, Waheire said – there’s no mention of the Nyayo House or Nyati House torture cells in the curriculum, or the 1984 Wagalla massacre, when the military killed hundreds of men and boys, mostly ethnic Somalis in a purported disarmament operation.


After stepping down Moi lived quietly for years on his sprawling estate in the Rift Valley, playing the role of a respected elder statesman.
Government promises to turn Nyayo House into a museum have not been honoured.
Waheire said he’d toured national monuments to victims of repression in South Africa, Argentina and Germany and had been especially moved by the plaques with people’s names. Kenya needs that, he said.


“Young people are completely ignorant of that history. The egregious human rights of Moi’s time are completely sugar-coated,” he said.
The older generation have not forgotten. Paul Amina, now 74, was a young courts reporter covering the case of Mbaraka Karanja, a suspect who disappeared in police custody, when he was arrested in 1987.
He was beaten, stripped naked for interrogations and held in solitary confinement before being detained for six months without trial.


“Justice has never been done,” Amina said. “It was the saddest moment of this country that such things happened in an independent country.”
Mugo Theuri, co-editor of “We Lived to Tell”, a collection of tales from survivors of the Nyayo House torture cells, was jailed for three years in 1986 after being held for 49 days in a cell full of water.
“There was a lot of beating and then after seven days, you were taken to the interrogators,” Theuri told Reuters.
By never addressing his victims, Moi missed the chance for reconciliation, he said.


“Obviously I have no tears for him. He was given an opportunity to come out and speak honestly,” Theuri said. “He never appeared.