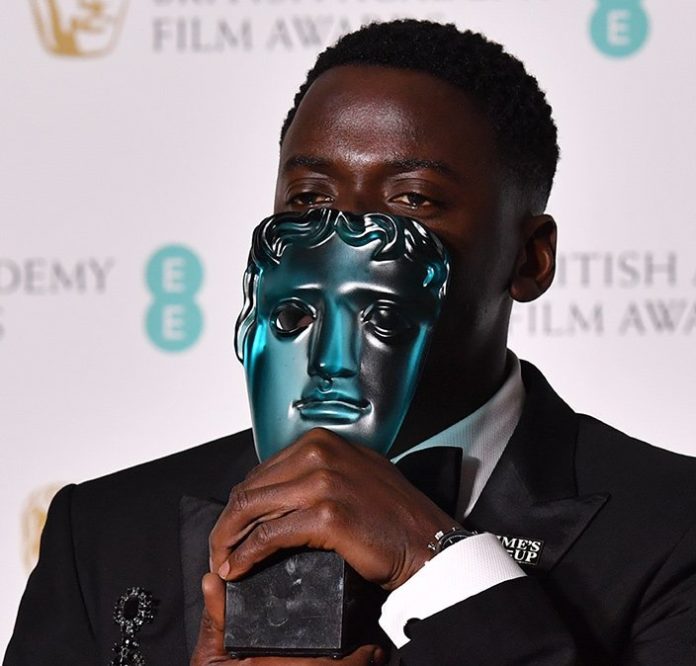 British actor of Ugandan origin Daniel Kaluuya has won the BAFTA rising star award for his stellar performance in critically acclaimed horror film Get Out.The 28-year-old actor beat out stiff competition from Florence Pugh, Josh O’Connor, Timothée Chalamet and Tessa Thompson in the EE-sponsored category, which was voted for by the public.


The emotional star praised his fellow rising star nominees in his poignant speech as well as thanking his acting mentors and his family for letting him ‘think different.’
He said: “I’ve gone blank. Thank you, Tessa, Tim, Josh and Florence. I feel so privileged to be in your guys’ company. I am a product of arts funding in the UK. I want to thank people who support that, mainstream arts and grass roots levels.”

“Thank you for letting me think different. I wasn’t supposed to say that. We break all the rules,” an emotional Kaluuya added.

According to a UK-based newspaper, the Daily Mail, Kaluuya, the first Ugandan to be nominated for an Oscar, paid tribute his mother.

Kaluuya is known for his roles in hit TV shows, Skins, Psychoville and Black Mirror and has also starred in films, including crime thriller Sicario, Johnny English Reborn and Kick Ass 2.