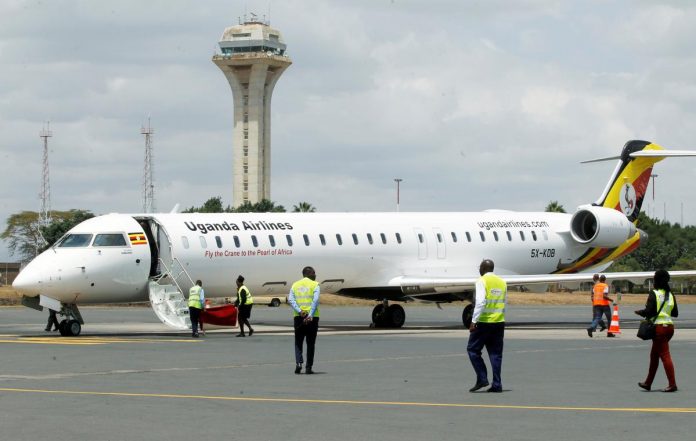 Members of parliament have renewed calls for repatriation of Ugandans stranded abroad following the outbreak of Covid-19.
The matter was raised by Hon. Anna Adeke Ebaju, National Female Youth. She said that over 70 students are stranded in the United States of America while several Ugandans have been rendered jobless in East African countries including Tanzania and Rwanda.

Hon. Monica Amoding said that the situation of Ugandans in the United Arab Emirates (UAE) is alarming, as majority are infected with the virus.

She said that over 30,000 Ugandans who went under several labour export companies are stranded because they have been rendered redundant following the outbreak of the pandemic.


“Majority are camped in hostels and were told that by April they need to return to their country. Those who are sick cannot receive treatment but recovering naturally,” she said.

Amoding asked government to emulate Germany and the United States of America that have repatriated their citizens from Uganda.

Kilak South MP, Hon. Gilbert Olanya called for the repatriation of the King of Acholi, Rwot David Onen Acana II who he said is stranded in London.

“Government should repatriate our King back to Acholi,” he said.


The Speaker of Parliament, Rebecca Kadaga directed the Minister of Foreign Affairs to update the country on plans to rescue Ugandans abroad.
Meanwhile, Kenya Airways flight KQ205 which brought home stranded Kenyans back home from Mumbai touched down on Friday morning.

Early this week, Rwanda government through its national carrier, RwandAir concluded an arrangement to evacuate her citizens stranded due to COVID-19 lockdown.
According to their social media platforms, Rwandans seeking other services other than evacuation can also contact the high commission.