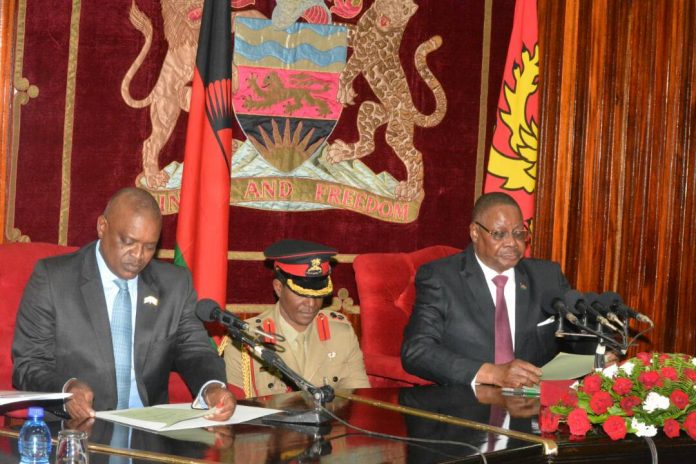 Malawi’s president and cabinet will take a 10% salary cut and redirect the money towards the fight against coronavirus, embattled President Peter Mutharika said on Saturday as he announced a stimulus package in an address on state television.


Mutharika announced a number of measures aimed at cushioning small- and medium-sized businesses, including tax breaks, a reduction in fuel prices and an increase in risk allowances for health workers. the Reuters reported
“The coronavirus attack has a huge negative impact on the economy and businesses everywhere. There are many business people and industry players who are uncertain about the situation as it is unfolding. I know that everyone is worried,” he said.

Amongst other measures, the president directed the Reserve Bank of Malawi to allow banks to offer a three-month moratorium on interest payments on loans to small- and medium-sized businesses.
He also ordered the country’s Competition and Fair Trading Commission to put in place strict monitoring of price controls and punish anyone found increasing prices at the expense of Malawians.
The President also directed the central bank to “cushion the foreign exchange market to ensure availability of forex and stability of the foreign exchange rate,” and work on an emergency liquidity assistance framework to support banks in the event of worsening liquidity conditions.


The government will also increase loans under the Malawi Enterprise Development Fund that will help micro, small and medium scale businesses that have been seriously affected by the pandemic to 15 billion Malawi kwacha ($20.69 million) from 12 billion kwacha.
Meanwhile, Botswana which declared a 28 days lockdown after recording four Coronavirus cases, has unveiled $168M relief fund to help deal with effects of Covid19.


Among others, Gaborone government will provide a wage subsidy for businesses to enable them retain employees. Got to love these small well-run African states. Botswana has the lowest debt to GDP ratio in Africa.
People of Botwana according to media reports are complying with lockdown without security officers being used to enforce the order. Botswana is one of the most peaceful countries in the world with very well behaved citizens.
Botswana is the world’s 30th most peaceful country with no history of political violence/coup or civil war. It has Africa’s best police and rule of law. Citizens are law abiding enjoying free healthcare, education funded with their diamond money.


The Institute for Economics and Peace (IEP) which compiles the Global Peace Index., Some of the measures of peacefulness include: number of homicides per 100,000 people, likelihood of violent demonstrations, political instability, level of violent crime, number of jailed population per 100,000 people, number of deaths from organised internal conflict, military expenditure as a percentage of Gross Domestic Product (GDP).