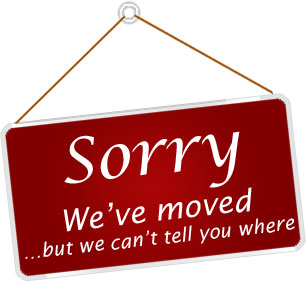 The Stanbic Purchase Managers Index (PMI) continues to reflect a slow recovery of business activities amid the coronavirus pandemic after the loosening of lockdown restrictions first announced at the end of May.
The Headline PMI posted in June was 46.5, up from 41.9 in May, but still below 50.0 which signifies a positive outlook. In comparison, the PMI figure for January 2020 reached a high of 58.8.


Stanbic Bank Uganda’s Head of Global Markets, Kenneth Kitungulu said both business activity and new orders decreased for the fourth month running in June as Covid-19 continued to impact on the private sector operations.
“A PMI reading below 50 indicates that month on month we continue to see a decline in activity even as its not as extreme as what we saw in April. However, 44% of respondents predict a rise in output in the next 12 months – an increase from last month,” he said.
Adding, “Although some companies had been able to reopen during the month because of a loosening of the lockdown restrictions, others remained closed or had only just reopened at the time when the survey was conducted. The construction and services sectors posted rises in both output and new orders, but falls were recorded elsewhere. In fact, 14% of respondents mainly from the Agricultural sector remain pessimistic about future business activity.”
The PMI is a composite index, calculated as a weighted average of five individual sub-components: New Orders (30%), Output (25%), Employment (20%), Suppliers’ Delivery Times (15%) and Stocks of Purchases (10%).

The Ugandan private sector moved towards stabilisation during June, but that said, business conditions continued to deteriorate during the month.
The latest survey shows that companies reported difficulties in paying staff in June due to limited administrative funds as a result of cash flow problems. This resulted in a combination of job cuts and a reduction in salaries across the board.
Overall input prices increased for the first time in three months as purchasing costs moved higher. Respondents highlighted rises in transportation costs as well as higher prices for utilities and inputs such as fertiliser and paper.


Despite a rise in overall input costs, firms continued to lower their selling prices amid a lack of demand and reduced spending power of customers.
Restrictions on transportation and delays at the border due to the mandatory testing of drivers also meant that suppliers’ delivery times were lengthened during June.


However, firms are hopeful that business activity will pick up again over the coming year as hopes as measures to restore some sense of normality continue.