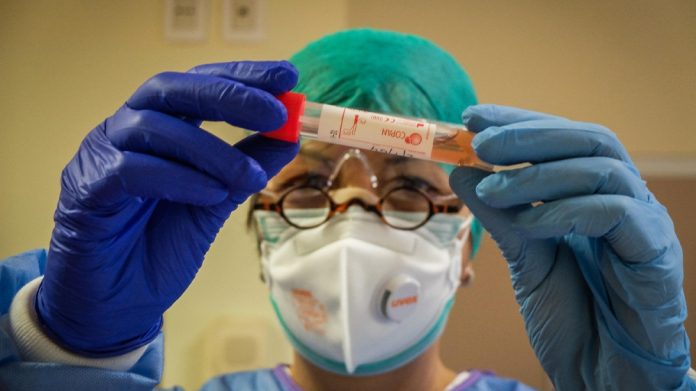 
‘’We are ready to enter the next research process’’ reads message from the ministry of innovation and technology
As scientists work around the clock to develop a vaccine for the world’s most debilitating disease, Covid-19, Ethiopia says it is developing a cure.

In a joint press statement, the Ministry of Health (MoH) and the Ministry of Innovation and Technology (MoIT) said: “a domestic treatment drug” is being developed by the traditional medicine experts of the country.
The two ministries said the drug was prepared by integrating indigenous traditional medical knowledge with modern science.
According to the statement, the new drug has passed through the basic research procedures and was successful in the laboratory modelling processes.


“Since the outbreak of the pandemic, research had been going on by different Ethiopian scientists both in the country and abroad” said MoIT minister Abraham Belay.
“We are seeing good results and further outcomes will be revealed to the public in the short term.”
According to the minister, the laboratory research phase of the project has been completed.


“It has passed through various testing stages and now the greenlight has been given for further clinical trial,” he said, adding, “the next step is testing the product”.
The minister said the research was underway as per the World Health Organisation standards and hoped for the product to be available in the near future.
The drug in pipeline is hoped to cure patients by boosting their immunity and has proven to be free of toxicity