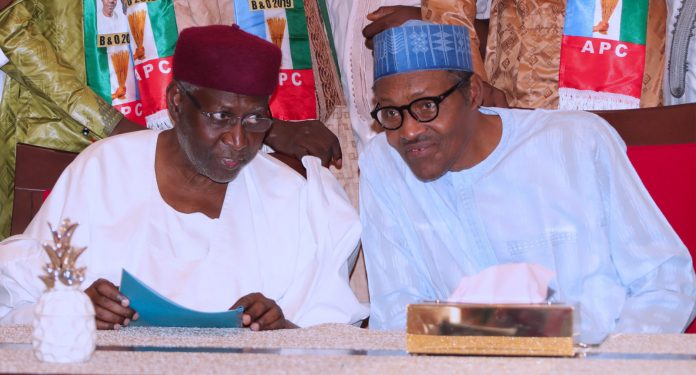 The Nigerian president’s chief of staff has tested positive for coronavirus, a source with direct knowledge told Reuters
The illness of Abba Kyari, who is in his 70s, brings the disease into the immediate circle of 77-year-old President Muhammadu Buhari.


Many who wish to deal with Buhari must go through Kyari, including Nigeria’s top politicians and businessmen.
He traveled to Germany in early March with a delegation of other Nigerian officials for meetings with Siemens AG. It is unclear if he self-isolated upon his return to Nigeria.

A presidency spokesman did not comment on whether Buhari has been tested.-Reuters reported.
‘ ‘Though coughing severely, Kyari is said to have been attending meetings including with Buhari, Vice President, Yemi Osinbajo, ministers and other members of the Federal Executive Council. ‘’ sahara reporters announced.
The latest development comes hours after a leaked memo showed Kyari telling Nigerian legislators, who recently returned from foreign trips, to submit themselves for Coronavirus test.


It also comes after Aisha Buhari, wife of Nigeria’s President, disclosed that one of her daughters was in self-isolation after returning from the United Kingdom, one of the high risk countries for the virus.

The country is locked in a race against time to control the spread of the novel coronavirus in Africa’s most populous nation as cases have increased to 36 across six states as of Monday morning.


Universities are shut nationwide while some states have closed schools in the West African country to prevent local transmission of the virus.
All civil servants in non-essential roles have been ordered to work from home for at least two weeks in Lagos State, a megacity of around 20 million people.