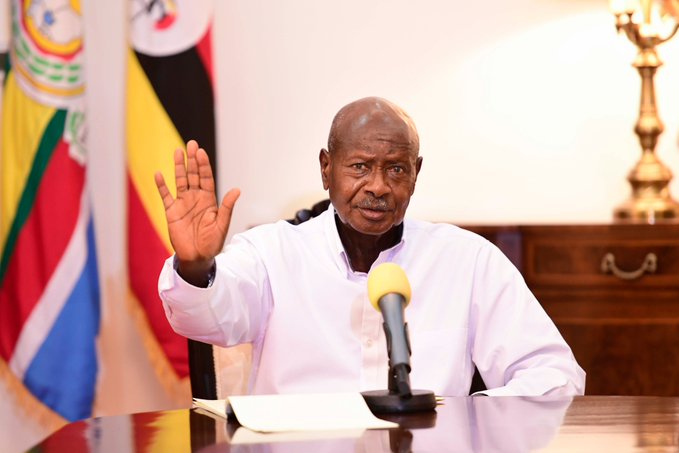 While delivering additional measures on protecting against the corona virus, President Yoweri Museveni on Saturday ordered the closure of all border points. He also put a ban on all passenger planes, buses, and bodaboda’s


‘ ‘Humans crossing into Uganda from the different border points are prohibited going forward. This is until we find coordination at the East African level. Please stay where you are’’ the president said .
‘‘We are not against anyone but this is about manageability.’’ He added.

He also directed that ‘ ‘No passenger planes will be allowed to land in Uganda or leave. Only cargo planes and their crew members will be allowed in the country. Meanwhile, those sneezing should keep away from the public.’’
“Domestic flights will continue for now, until the need to stop them arises,” he said.
The directive begins Monday starts from Monday March 2020


The president , however, said that in conformity with the East African community agreement, the drivers of cargo trucks and their helpers not exceeding three will be allowed to enter or get out of Uganda.
“No buses, no min-buses, no salon cars, no taxis, no boda bodas will be allowed in the country. Also pedestrians walking on foot or riding on bicycles will not be allowed to enter Uganda by water, by road or by footpath nor will they be allowed to exit by those means,” the President said.


Mr Museveni, to put these new measures into force, called upon the Local Council One leaders in the border areas to work with security personnel to enforce the new orders
Meanwhile, Rwanda has gone on two-week lockdown; borders closed, staff to work from home except those providing essential services.