Home Business Coronavirus: Govt. to give out 6kg of Posho, 3kg of beans this... 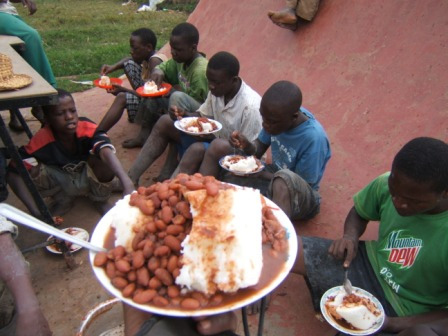 The Prime Minister Hon. Ruhakana Rugunda who is also chairman Covid-19 task force committee told Members of Parliament on Wednesday that government will start the distribution of relief food on Saturday, 04 April 2020 to the most vulnerable especially in major urban areas.


“The distribution will be done at LCI level by the LCs supported by the Police and UPDF for purposes of transparency and avoiding crowds, according to the Prime Minister, Dr Ruhakana Rugunda.
The Prime Minister said the distribution will start with Kampala and Wakiso and will be done at LC1 level.
‘‘Every individual will get 6kg of maize flour, 3kgs of beans and salt. Lactating mothers and the sick will receive 2kgs of powder milk.’’ He said.

Government is reportedly spending up to ugx. 59 billion for this exercise.
The Ministry of Finance on Tuesday presented a supplementary budget request of Shs284b to Parliament for the purpose of mitigating the effects of the COVID-19 pandemic in the country.
Mr Kasaija told the House that Ugx. 81b was going to security while Shs62b was going to the health ministry.


Local Government would receive Ugx. 36b, Disaster Management support for the vulnerable was allocated Ugx. 59b, ICT and National Guidance Ugx. 14b and Kampala Capital City Authority (KCCA) Ugx. 30b.
Mr Kasaija, on Tuesday told the House that the Ugx. 62b was what the health sector had asked for but more money would be allocated in due course as they keep monitoring the situation.


The Prime Minister also revealed that the government is working with partners and have undertaken several interventions in the fights against COVID19.


“Decentralization of sample collection from suspected cases at the districts and transporting them to virus Institute in Entebbe is being done” he said.