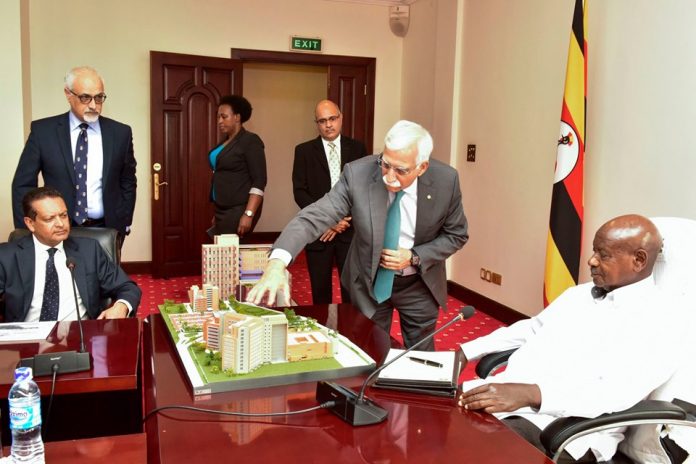 President Museveni has expressed readiness for the groundbreaking ceremony for the Aga Khan University Hospital in Uganda’s capital Kampala.The project is expected to have a 600 bed facility with 100 beds in the first phase.


According Mr. Firoz Rasul, His Highness Aga Khan will be in Uganda in July to perform the ground-breaking ceremony with President Museveni to commerce construction works.

In the meeting, the President and his guest discussed the final designs and construction programme for the new world-class teaching hospital, with its associated education and housing facilities, planned for Kampala. See the artistic impressions here

Corruption sterns from parliament – claim the strangers that invaded the...