Home Business Coca Cola: we collect an average of 450 tonnes of waste plastic... 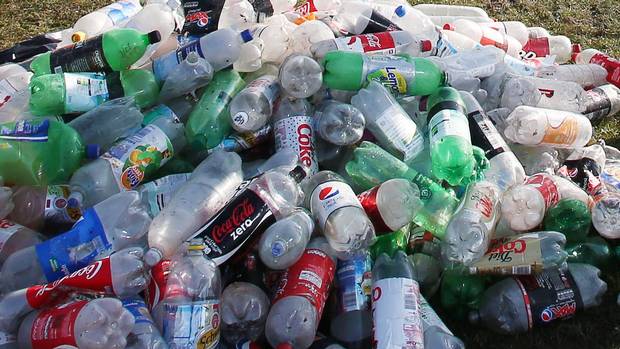 Following the successful conclusion of the 2019 COPA Coca-Cola grassroots football tournament, Coca-Cola on Monday awarded the schools and students that collected the most plastic as part of the Copa Coca-Cola recycle and win competition.


1,463 schools participated in the tournament competing for a chance to get their school pitches refurbished by Coca-Cola as well as other exciting prizes such as goal posts and nets, brand new 32-inch TV sets and mobile phones.
Kanyabwanga Secondary School emerged Southern region. From the East, Kitimbwa Bright Future S.S in Kayunga prevailed while Buddo S.S was the best in Central region. Teso Integrated S.S emerged Northern region winner.

Byamugisha Osward, also a teacher at Kanyabwanga S.S and Kenneth Akuguzibwe, a student from Kasese S.S, emerged overall best teacher and student in the recycling campaign and walked away with a brand new laptop and school fees respectively.
Commenting about the campaign, Sam Kangave – Manager Plastic Recycling Industries, an initiative of Coca-Cola Beverages Africa in Uganda said : ‘ ‘We are working to bring people together to help us collect and recycle plastic in Uganda. Currently, we are collecting an average of 450 tonnes of plastic per month at Plastic Recycling Industries, an equivalent of about 66% of the plastic we push out as Century Bottling Company and Rwenzori Bottling Company.


So far we have established successful partnerships with an eco-system of plastic waste collection Women groups in Kampala, the Kampala Capital City Authority, Masaka Collection Centre, Kabale
Arthur Akankwasa, the Coca-Cola Uganda Country Manager says “As the Coca-Cola system, we will ensure we continue with such campaigns targeting both awareness and behavior change on plastic waste collection and disposal. This will go a long way to ensure that the teens grow to be responsible members of the community.”


The winning school will be awarded with a refurbished football pitch, which will have a standardized playing ground, goal posts, nets and bleachers.