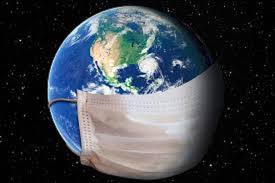 The European Parliament has shown support for a climate target of reducing greenhouse gas emissions by 60 percent by 2030 from the 1990 levels, according to the voting results announced by the parliament on Wednesday.
In the plenary voting late on Tuesday, the new target was approved with 352 votes in favor, 326 against, and 18 abstentions, within the framework of voting amendments to the proposed European Climate Law.


The target is more ambitious than the one proposed by the European Commission which envisions the cut of emissions by at least 55 percent by 2030.
“We are more than ever leading on climate ambition,” tweeted Wednesday the chair of the parliament’s environment committee Pascal Canfin, who submitted the specific amendment.
“This is a historic moment. This is a historic law. This is the big moment,” said Jytte Guteland, a Swedish Member of European Parliament, who was the Parliament rapporteur on the proposed European Climate Law, at a press conference on Wednesday, following the disclosure of the voting results from the previous day.

The rapporteur said that the parliament sent “a strong signal” to work faster toward climate neutrality, adding that the first ten years are crucial if the European Union (EU) wants to respect the Paris Agreement.
Other important clauses put to vote on Tuesday afternoon were climate neutrality by 2050 becoming binding, continuing to work on CO2 emission negativity after 2050, establishing a greenhouse gas budget, setting a new intermediate target for 2040 after assessment and establishing a European Climate Change Council (ECCC).
The ECCC will complement the work of global and national similar bodies and evaluate progress at the European level, said Guteland. Independent experts working together with the European Environment Agency in Copenhagen will be hired, using data from EU member states, to provide the EU with feedback on their progress.


The voting came three weeks after European Commission President Ursula von der Leyen set the target of 55 percent emission cut by 2030 in her State of the Union speech and two weeks after China announced that it aims to have CO2 emissions peak before 2030 and achieve carbon neutrality before 2060.
“Do we have allies in this task? Yes, we do,” said the commission’s Vice-President Maros Sefcovic on Tuesday when addressing the plenary on behalf von der Leyen, who was at the time in self-quarantine for precaution against COVID-19. Besides China, Sefcovic also mentioned South Africa which will aim at carbon neutrality by 2050.
Selling the commission’s plans, Sefcovic said the EU must preserve its first mover advantage. “We must step up our climate ambition if we want the best green technologies to be European technologies,” he added.


More voting sessions are scheduled later on Wednesday on the European Climate Law, initially proposed by the commission in March this year. The Council of the EU has yet to make its decision before the draft is finally adopted.
XINHUA 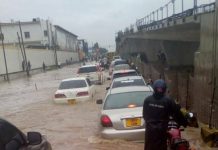 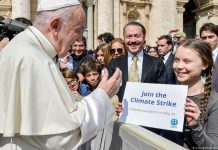 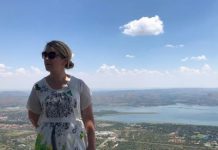