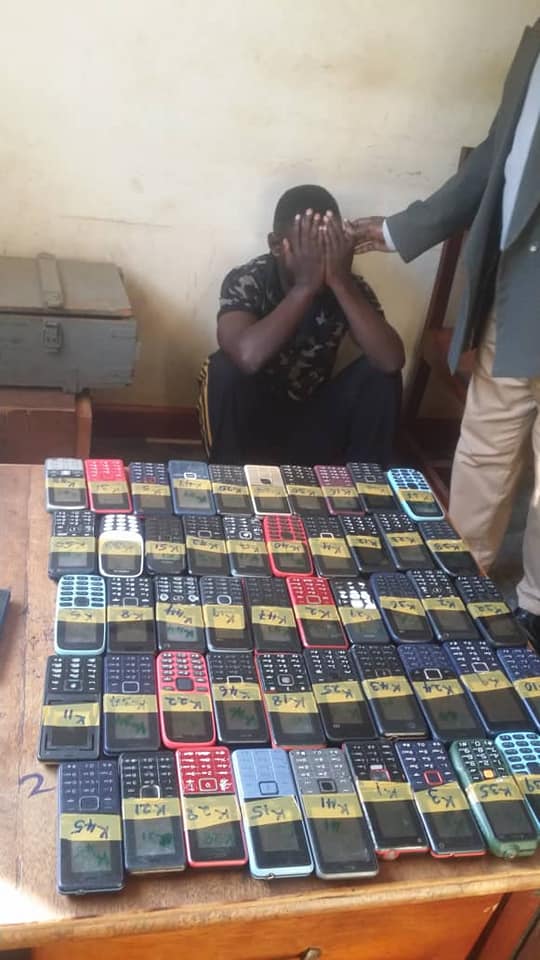 The former owner of Masavu Football Club was on Wednesday arrested on allegations of swapping mobile phones belonging to mobile money agents and later illegally withdraws the money
He reportedly owns flats in Garuga, Stella Najjanankumbi, kitubulu and Namusera.

How he does it?
According to statements from his victims, the suspects goes to Mobile money agent and tells them that he wants to send mobile money. He initiates the process and later gives his victim a wrong number
The agent phone will not send money. It will instead show a message that” this number cannot receive money”.


He tells the mobile money agent to continue trying as he masters his/her pin code.

After that he tells the agent that he needs to go to the vehicle and pick another number.

When he goes to the car, he picks a phone out of the car exactly of similar make like that of an agent where he is transacting from.

When he gets the agent’s phone, he swaps with the similar phone he is holding and he disappears.


He was arrested in Bweyogerere after doing the same fraud and upon searching his brand new car, 51 phones some of which he had swapped from elsewhere and lines were recovered .Many people have been victims of his activities.