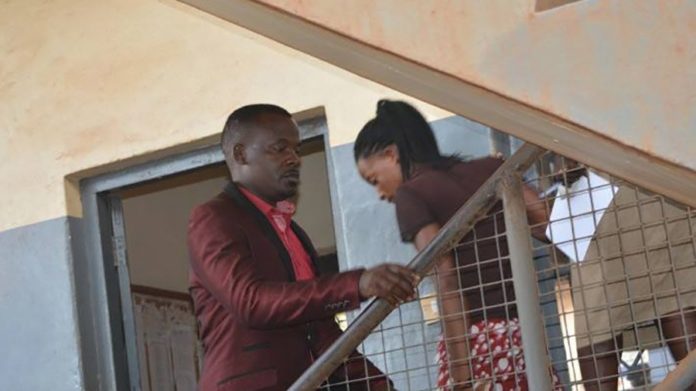 A city pastor entrusted with the caring for young girls has allegedly sexually abused one of them. According to police, one of the defiled girls, a 17 year old, is already five months pregnant.

According to sources, when the vulnerable seventeen-year-old, first arrived at Siloam Pool Ministries, the man of God offered to accommodate her, as well as pay tuition for and along six others.
Subsequently, the pastor who runs a humanitarian organization and a church under the same name later seduced and exploited sexually the young girl before making her pregnant

It is alleged that on realizing that she was now pregnant, the man of God forced her out of the home prompting her to return to her parents.


On reaching home, Ms Maureen Kalule, [ the mother ] quizzed her about the pregnancy before she narrated what had happened her. That’s when she reported the matter to Old Kampala police station.
“Our preliminary investigations indicate that the pastor sexually molested many more young girls entrusted to him under his organisation,” said Kampala Metropolitan Deputy Police spokesperson, Luke Owoyesigyire.


He added: We conducted test and it turned positive. We are now holding the pastor on charges of defilement.
Pastor Katende now faces charges related to defilement and trafficking for sexual exploitations.