Home Politics Church should not shy away from Uganda’s struggle for genuine democracy; it... 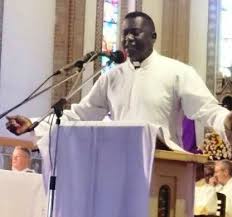 Did the Catholic church interfere in the recently concluded elections in Uganda ?

The Uganda Episcopal conference (joint organization of Catholic Bishops) issued a non-partisan statement during the campaigns which decried human rights abuses committed by agents of the state, and appealed for peace.

Some individual catholic priests made comments which were unfavourable to the ruling party. It was generally believed that they spoke for the Catholic church.


Whether this was decisive in voting patterns is uncertain, although certain ruling party minsters were convinced of it.

In any case, if the church did not influence people’s thinking and behavior (in matters of faith and morals) it would be like salt which has become tasteless. (Mt 5:13)

Of what use would it be? How else is the ‘kingdom of God’ be established?

I believe that the whole church, that is all Christians, should not shy away from our nation’s struggle for genuine democracy.

After all the church itself is made of citizens who pay taxes and vote and expect to be properly governed.

It is impossible for the church to separate itself from the serious social and political concerns of citizens today.

Also the state thinks that the church is merely a ‘partner in development’.


The church is also a nation’s conscience and may speak prophetically against the status quo, should it be contrary to the Christian vision.

A new mission for the church?

We are thankful for the abundant fruit of the church’s mission in Uganda which includes canonized martyrs, indigenous priests and religious, parishes in every corner of the country, christian families and communities, schools hospitals, and large church congregations.

The church has been a light; “bringing the light of Christ to all men, a light brightly visible on the countenance of the church” ( Second Vatican Council, ‘Lumen Gentium’ch1. Art 1).

Yet a new challenge faces the church in Uganda today if it has eyes to see it. It is to defend the numerous poor and oppressed who live at the mercy of state systems, which are either corrupt or woefully ineffective, and from which only a few benefit.

This mission includes the promotion of human dignity. By defending human rights, especially from those who are most powerful in society who infringe them, the church recalls her mission to ‘set captives free’.

The church must therefore aspire to new a theological vision and pastoral practice, which includes the difficult social reality of life, for most Ugandans.

The church itself must also come out of her own institutional comfort zones.

Social justice, especially economic equity, and the defence of basic rights must be eloquently articulated in church programmes.

This is because of the deep and systemic nature of social injustices in Uganda.

Our elected leaders profile themselves as democrats and nationalists, but turn out to be autocrats and ethnocrats – wolves in sheep’s clothing!


If the state fails or declines to safeguard citizens rights, or even actively violates them, then the church is must defend them more keenly, it is an integral part of her ‘mission of redemption’ of the whole person and the whole nation.

This then is a new task for the African church: liberation. It cannot just carry out charitable works and pray, while supposedly christian leaders commit grave crimes against citizens without a second thought!

The church which has both human and divine authority and power, must include in her daily discourse and praxis these urgent matters of justice, which have now become life and death issues for the many citizens in Uganda who have no voice.

The ‘good news’ is that the dignity of persons who are made in God’s image entitles them and empowers them to speak and act in ways which liberate them from the deformity of poverty and oppression.

There are ‘righteous words and actions’ by God’s people which redound to justice and peace, and which are consistent with the unveiling of the ‘kingdom of God’ in our midst.

So what we call ‘integral evangelization’ on the one hand means release from sin and negative behavior, and on the other hand means pro-active works of justice.

There is a transcendant dimension in all this, it is one which empowers individuals and groups with wisdom and ethical knowledge about the root causes of poverty and oppression close to them. So all must get involved.

By a fresh outpouring of the Holy Spirit and by a personal rediscovery of the radical truths of the gospel, and by the witness of solidarity, Christians are freed to testify to Christ’s liberation gospel in their own communities.

This witness leads to personal, social, political and even global transformation.

Such a liberating mission however, will require a recalibration of church-state relations.

The state wants to monopolize how and when lives are to be transformed by its programmes, which are always inadequate, but the people are the state, and must determine their own lives.

The church may even find itself at odds with the state, if the state persists in dysfunctional forms of governance.

This is forseen by Article 2246 of the Catholic catechism:

“It is a part of the Church’s mission to pass moral judgments even in matters related to politics, whenever the fundamental rights of man or the salvation of souls requires it. The means, the only means, she may use are those which are in accord with the Gospel and the welfare of all men according to the diversity of times and circumstances.”


This then is the actual context of ‘being church’ today, in Uganda’s fallen world of sluggish and unequal development, and curtailed human rights.

The church cannot just go on with ‘business as usual’ post elections, since the ‘new normal’ is quite abnormal.

The author is a Catholic priest. Article first published on Facebook on march 8th, 2021.