One day, just over two decades ago, I went for a movie show in my home town about 2km from home. I loved watching films but feared walking at night all the same. This time, a friend had promised to be there and I was reassured. I watched two movies from 6PM to 10PM.

The last movie ended and I moved out to try and locate my friend. He had given me false hope of company on the way home; he never turned up! I was frightened.

During the second movie, it drizzled and the weather became windy and so cold. It was so dark you could not see your hand if you waived it in front of your face. It was scary- but I had to get home!  I started the short but dreadful journey that seemed to have tripled in length. The rounding road has three valleys but the mid course valley was the most scary for me; it‘s forested on both sides and a man was found there dead one morning!

As I left the first valley, an approaching car flashed its lights from behind me. When I turned around, I saw a ghost walking towards me just as quickly as I did! It was white and wore white a cap on the head. Rumours abound to this day of the existence of a tiger in the middle valley that could turn into a cat or a person. Was it the tiger that was chasing me but disguised as a ghost? I did not want to contemplate the answer.  The car passed me and darkness returned, scarier than before. Fear engulfed my mind and almost paralyzed my limbs!

I was now slopping down into the infamous middle valley. A stream of thoughts invaded my mind. “Should I run? Who can run faster than a tiger – or a ghost?”  When I reached the base of the valley, something fell with the sound of a heavy tree branch! I was shattered. My heart almost stopped, or perhaps did stop for a moment, due to the shock. My hair also jumped off my head. I wanted to run but I couldn’t; I just froze for a minute. My pulse clock must have increased by some 20 points when the heart resumed!

Meanwhile, the ghost was advancing faster though I couldn’t see it in the darkness!  When it approached to within twenty metres, I summoned the last courage left in my wretched spirit, and, I resumed my escape walkathon. I knew it was futile to run from a ghost, but a leisurely walk was just as imprudent, I thought. I started sweating in spite of the weather!

About 300m to my home, another car approached ahead of us and flashed its light. When I turned around, I saw it was not a ghost after all! My fear was unfounded after all! It was an albino, a neighbour, whom I often played with. Muzungu, as he commonly known by our peers, was wearing a white shirt and white kaki trousers, which added to his skin colour reinforced my nervous suspicion that clouded my reason. I heaved a heavy sigh! It was unbelievable! It was a frightful night on which I was chased by a ghost!

Fear is self fulfilling. Since I started the journey with fearful thoughts, any unusual incident only reinforced the feeling. When the first car flashed its light, my imagination, given the thoughts of the moment, was that the white thing coming must be a ghost. That’s why one friend calls FEAR; False Evidence Appearing Real. The ghost was real to me and aroused substantial fear in the adolescent that I was then in a spiritualistic society that nurtured me- only until the second car changed the narrative! Fear!

I reached home physically unscathed but emotionally bleeding from fright and breathing like a cheetah running at 91km/h. A few glasses of water came handy before the thought of supper. By 10PM, I went to bed with the experience of being chased by the ghost that never was! 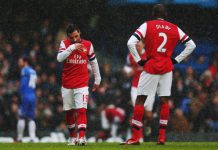 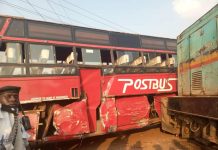