Home Politics Business in Somalia is booming because of UPDF sacrifice – Gen. Wilson... 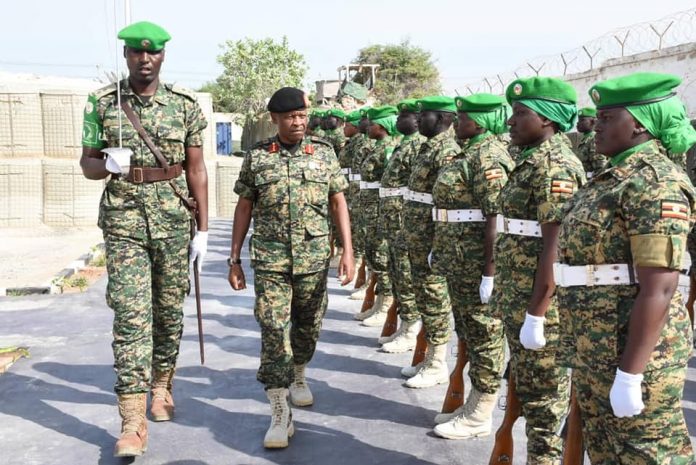 The Deputy Chief of Defence Forces, Lt Gen Mbasu Mbadi has challenged Commanders and Staff officers based in Somalia to revive NRA/UPDF revolutionary methods of work.


The methods, Gen Mbadi said, will guide troops to recognize risks involved in deviating from acceptable norms.
He said this while meeting commanders and staff at sector one headquarters-Mogadishu.

The Deputy CDF who doubles as the Inspector General of UPDF, implored officers to focus on consolidating the achievements attained so far in Somalia in order to cause a robust, social, economic and political stability.


“The prevailing peace in Somalia was brought by our sweat and blood. Business is thriving and a vibrant Federal government is in place unlike before 2007 when Somali government was operating its affairs in Kenya.” Gen Mbadi said.
He likened UPDF achievement in Somalia to Chinua Achebe’s ‘things fall apart” literature where a lizard fell from a tall tree but seeing nobody appreciating its heroic stance started thanking itself by nodding.
General Mbadi informed officers that at the strategic level, they are engaging international organizations to revise the resolution of drawdown of forces in Somalia.


“Drawdown should be conditional based not time and should depend on Somali security forces’ capacity to take charge of security. Otherwise there is a risk of creating a vacuum that will be exploited by enemies of peace,” he said.


The General was pleased with administrative changes prevailing in the mission area that have enabled smooth and effective internal cohesion.
He encouraged the leadership to document the mechanisms put in place in form of Standing Operating Procedures (SOPs) so that there is reawakening of individual misconducts. 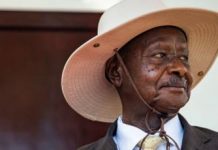 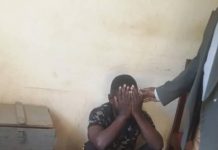