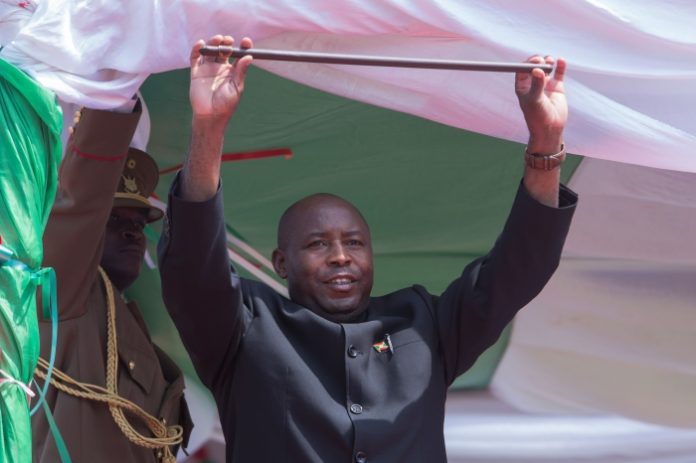 Burundi’s new president has warned opposition parties that they “would no longer get space” in the country, questioning “why should one oppose the government”.
Evariste Ndayishimiye, The 52-year-old army general is regarded as a “humble” and “religious” man made the statement during his hour-long inauguration speech on Thursday.


He also promised freedom of expression and protection of human rights.
The fast-tracked inauguration ceremony came after his predecessor Pierre Nkurunziza died suddenly last week.
Commonly known as “Neva”, Mr Ndayishimiye had been due to take power in August after being declared the winner of May’s presidential election, in which he was the candidate of the ruling party. The opposition said the poll was rigged.
No foreign heads of state were present when he took the oath of office in the administrative capital, Gitega, where he pl

edged to defend the nation’s interests and unify its citizens.

In his speech, the new president also asked media and human rights activists to partner with the government to tackle national issues, otherwise “they will be work for others, not Burundians”.
The father of six also called for Burundi’s refugees to return home but warned them not to destabilise the country.
In 2015, the constitution was changed, allowing Mr Nkurunziza to seek a third term, triggering huge protests, an attempted coup and a widespread crackdown.


Thousands of Burundians have fled the country and into refugee camps in neighbouring countries.
The new president is taking over a country that is diplomatically isolated and on bad terms with donors.
BBC