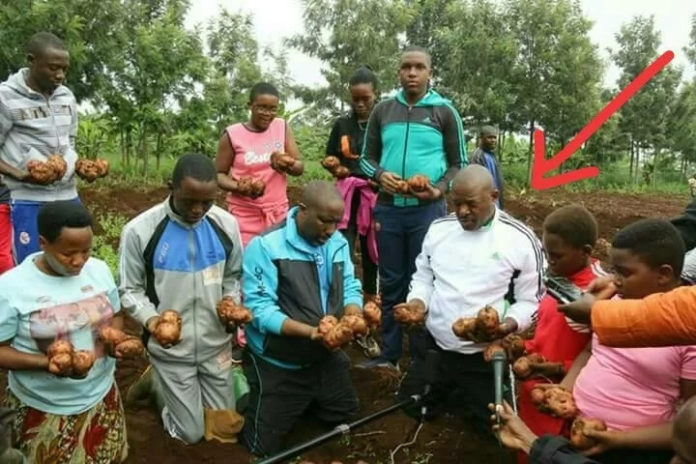 Burundi’s ruling party has bestowed the title of “eternal supreme guide” on President Pierre Nkurunziza, a party official confirmed Sunday.
“He is our elder, our father, our adviser,” CNDD-FDD secretary general Evariste Ndayishimiye said in a video sent to AFP whose authenticity was confirmed by an official.


A party statement issued after a meeting Saturday of the party’s top leadership in Nkurunziza’s native Buye in the north of the former Belgian colony did not spell out the implications of the title.
The 54-year-old former rebel leader has ruled the densely populated central African country since 2005 after a devastating civil war.

A constitutional referendum in May could allow him to run in elections in 2020, paving the way for him to remain in power until 2034.Burundi has faced a serious political crisis since Nkurunziza sought a fiercely contested third term in office in April 2015. Post-election violence claimed at least 1,200 lives and displaced more than 400,000 people between April

read: Trump now supports life presidency, says US will have a president for life someday

2015 and May 2017, according to estimates by the International Criminal Court, which has opened an investigation.

read: Burundi President to stay in office for 14 years without elections