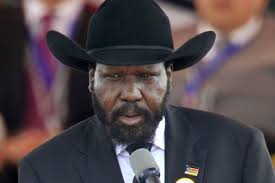 During the fifth anniversary of South Sudan’s independence, the shooting started from the Juba, the capital city of south Sudan

People thought the soldiers are preparing for the celebrations. But then two hours later, things started changing. Bullets were raining and everyone was taking cover.

The shoot out claimed the lives of some of the president and vice-presidents’ body guards. After the incident the president addressed the nation, saying he has put in place a committee to investigate who was responsible for the killings.

In Wau, one of the states in South Sudan, a similar clash is taking place, but the government spokesperson Micheal Makuei, says it is a rebellion.