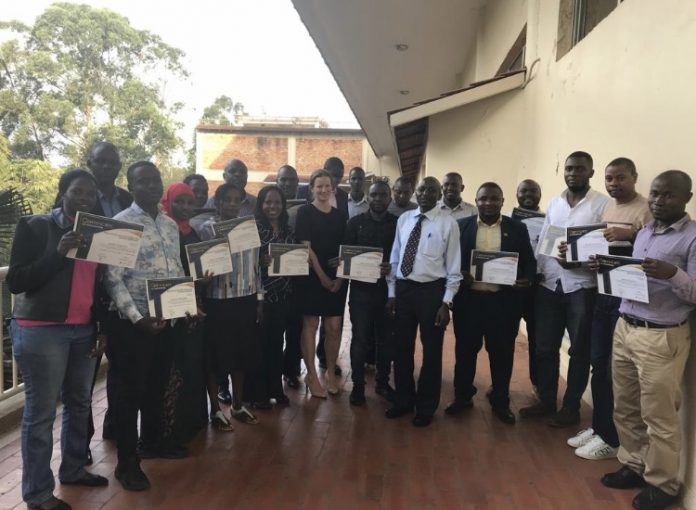 The British High Commission, in partnership with African Centre for Media Excellence (ACME), last week organised a two-day training for journalists around the theme of Media Rights and Responsibilities.


The aim of the training was to help journalists understand their rights and the legal framework they work in as well as to understand their responsibilities.
The training covered core elements such as identifying fake news, the ethics of journalism profession, the importance of fact checking and media ethics.


The British High Commissioner to Uganda, Peter West CMG said ‘The UK government hosted the first global conference on media freedom earlier this year in London and I was delighted that the Government of Uganda was represented at a high level. Following the conference we have worked with media house editors and with government to design this training for journalists to understand their rights, their responsibilities and the legal framework they work within’.
The training is part of the Media Freedom campaign launched by the UK Government last year.


Through this global campaign, the UK seeks to drive up the commitment of the international community to the safety and protection of journalists’ rights.
A highlight of the campaign was the Global Conference on Media Freedom held in London in July.
Thousands of delegates attended including government ministers, journalists, NGOs and academics to shine a spotlight on media freedom across the globe.


Media from across Print, Television, Radio and Online nationwide attended the training, which demonstrates the UK’s continued commitment to supporting media in Uganda.