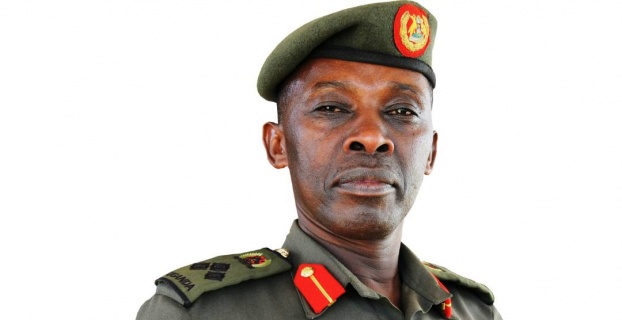 The Commander-In-Chief of the Uganda People’s Defence Forces (UPDF) Gen. Yoweri Museveni has approved the promotion of over 392 officers to various ranks under different categories.
According to Brig. Richard Karemire, the UPDF spokesperson, the officers promoted to General officers from colonel-Brigadier and Brigadier to Major General was due to distinguished long service and completion of strategic studies at National Defence colleges.


Brigadier John Mugume, the Head of Ministry of Defense Forces shop has been promoted to Major General. While Colonel Austine Kamanyire, the head of Commandant Bihanga Training school has been promoted to Brigadier.
Colonel Sam Kakuru, the deputy chief of personnel and administration is now Brigadier. While Colonel Dominic Twesigomwe, the chief of Integrated Resources Management Information system has risen to rank of Brigadier.
The commander in Chief, General Yoweri Museveni also promoted the Chief of Operations Wealth Creation, Colonel Stephen Kashure to Brigadier.