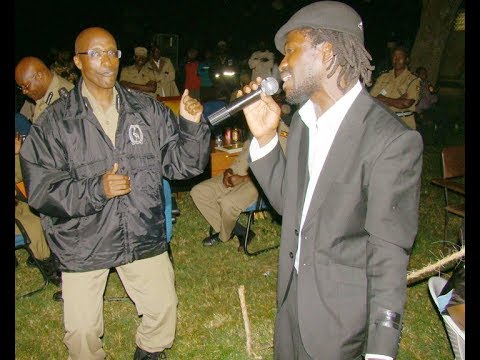 A section of Ugandans have welcomed the United States sanctions on former Inspector General of Police, General Edward Kale Kayihura
According to a statement released by the US Department of Treasury, the Office of Foreign Assets Control, Gen Kayihura and his immediate family members will henceforth not be issued with a US visa and will have their properties which he fully owns, or partly owns with others in the USA blocked over corruption, human rights abuses and bribery

Presidential hopeful and Kyadondo East MP described development as ‘Good News’
‘ ‘This comes as good news to all those who suffered untold human rights violations at the hands of Gen. Kale Kayihura and the brutal officers he commanded. ‘’
The People Power team leader also says , the sanctions comes as good news to all freedom fighters in Uganda who have been demanding for justice for victims of murder, torture and other forms of state inspired violence.


‘ ‘Most importantly, I hope this sends a strong message to those who occupy positions of influence in our security services today! Those who are running safe-houses; kidnapping and torturing our people! Those who brutally arrest us and harass us for opposing President Museveni! ‘’ He said


‘ ‘Those who divert funds and equipment meant to secure Ugandans and instead use them to crack down on political dissent! The message to you is clear- impunity shall not go unpunished. You may be very powerful today, but there will be an hour of reckoning. Look back and see where those who occupied those offices five years ago are today!’’
Bobi Wine who says he also suffered torture in the recent past says Gen. Kale accepted to be used by president Museveni to commit so many atrocities against the people of Uganda. Today, even his wife and children and probably his grandchildren will have to pay the price for his insolence!


‘‘As he is being brought to book, not even President Museveni’s government sympathizes with the man who sold his soul to keep the regime in power. He served his purpose in Museveni’s grand scheme, and that is what matters to him. Sadly, today he has a new set of people who have accepted to do the dirty job with even more brute force! Those who have ears will hear. Those who don’t will wait for their turn.’’


‘ ‘Noose around former IGP Kayihura’s neck still tightening! Lesson for others: What’s the fate of the one who commanded him; praised him; defended his monstrous actions and rewarded him?’’ Kizza Besigye tweeted.
Gen. Kayihura is the longest serving IGP in uganda. Gen Kayihura was the Inspector-General of Police between 2005 and March 2018.