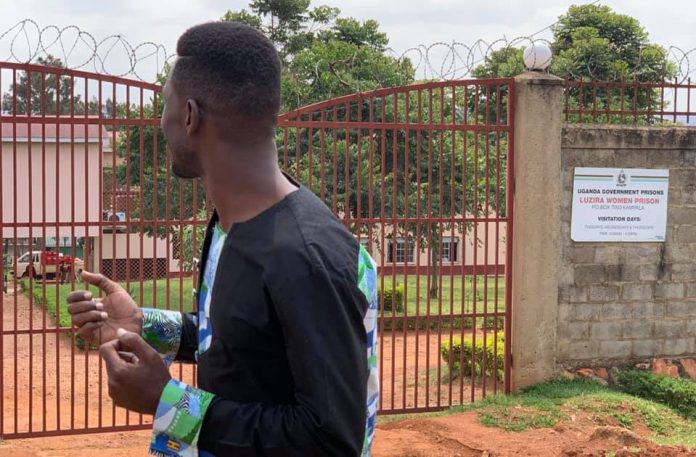 Presidential hopeful Robert Kyagulanyi aka Bobi Wine on Wednesday paid a visit to what he described as ‘‘our comrades’’ imprisoned at Luzira Maximum Security prisons for flimsy charges. He however says, the friends are in high spirits.


‘‘I started off by visiting Dr. Stella Nyanzi at the women’s prison and I was very glad to find her in very high spirits.’’ He said
‘‘She sends greetings to all comrades in the struggle and encourages all of us to soldier on! I then went to the men’s prison and visited several comrades who are being held on ridiculous charges.’’


‘‘I’m glad that none is discouraged. On the contrary, they are all more determined to fight the injustices in Uganda, having been victims of it and tasted it firsthand. I also encouraged them to know that all oppressed people stand with them and ultimately, we shall overcome!’’