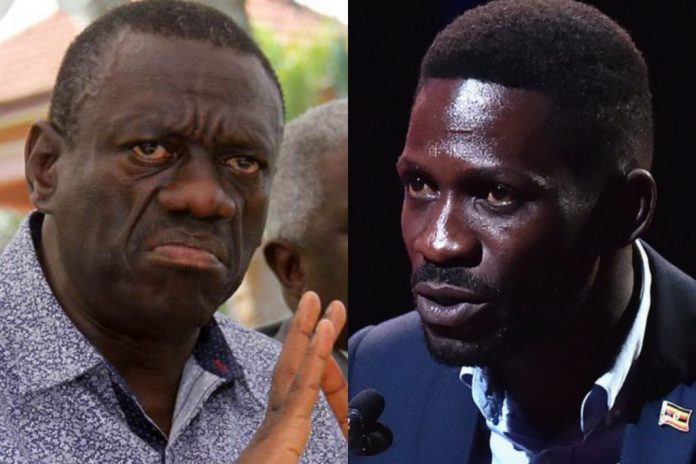 Speaking at Hotel Africana on Thursday during the signing of Memorandum of Understanding between the Opposition Democratic Party (DP), People’s Democratic Party(PDP) and Social Democratic Party (SDP) ahead of the 2021 election, Bobi Wine, without mentioning his name, described FDC’s Dr. Kizza Besigye as a “detractor”


How could a man that has run for president democratically four times, come out to tell people that democracy doesn’t work?
Besigye has in the recent past been telling Ugandans that it is impossible to remove Museveni and that unity amongst the opposition is impossible.


“For a leader to say that a vote can never oust Museveni, without offering another option; it is disappointing,” “I want you to know that what we the politicians cannot solve; the people of Ugandans can solve. We have seen this in the recent past. The power of the people prevailed in Kyadondo, in Bigiri Rukungiri, Arua, Jinja and indeed is going to prevail in Uganda in 2021,” he said.

“Don’t tell people about democracy, stand four times and on the fifth tell people democracy doesn’t work. We believe it works!”
Besigye, says Museveni can only be forced out of office by a mass uprising as has been the case in the Arab Spring and most recently in Algeria.
Dr Besigye through the so called “People’s Government” says he and his people are working to make sure that President Museveni is not on the 2021 ballot.