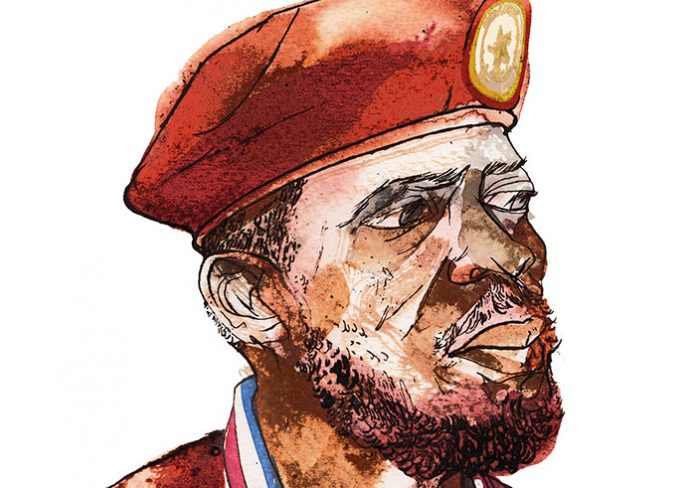 By Bobi Wine /// Opinion
Am here in Kingston, Jamaica- the home of creative music. A lot of revolutionary music playing everywhere. From generation to generation, the consciousness of this nation has been awakened by music in all its forms.
Nothing has marketed this country to the world more than its music and the arts.


Ironically, back home, music is under fresh attack. The cowardly regime is bringing up new laws and regulations to gag artistes in the hope that they can kill and stop the music. They are so scared of arts.
They don’t know what else to do, except try to silence the hundreds of singers, producers, poets, comedians, cartoonists and other entertainers who are raising voices against the oppression, suppression and exploitation of the Ugandans.
I have said to them before – you cannot kill the music. Just address the injustices we are singing about. If you do not, you should expect another song of the same kind, from another artiste of the same mind.

I have been speaking to my fellow artistes to speak up against the injustices before it is too late. I have told them to defend the entertainment industry before it is too weakened to defend them.
I have told them time and again that an attack on Bobi Wine’s music is an attack on all of us because injustice again one is injustice against all!
I have not tried to explain to them that when injustice is not fought when it is a seed, it will be harder to fight when it is a tree.
Today, the injustice is growing and growing. They started by banning songs which they were uncomfortable with from playing on radios and TVs. Most artistes kept quiet! Then they bought off artists to sing for them, while intimidating those who did not.


Most artistes kept quiet! Then they banned our shows and concerts because we sang songs of freedom. Most artistes kept quiet! Now they have brought regulations which among others give powers to the government to decide what an artiste sings where and when.
If artistes do not speak out with one voice now, it won’t take long before they are forced to sing only songs in praise of the regime or be jailed like it was under Mobutu in Zaire!


We must act, and act now. Even when I am away, I must commend all artistes who are already raising voices against the foolery. I am very proud of the artistes who are taking leadership and mobilizing others to resist this attack.
Seeing the freedom artistes have in Jamaica makes me long for that day when our country will be free from the shackles of oppression.