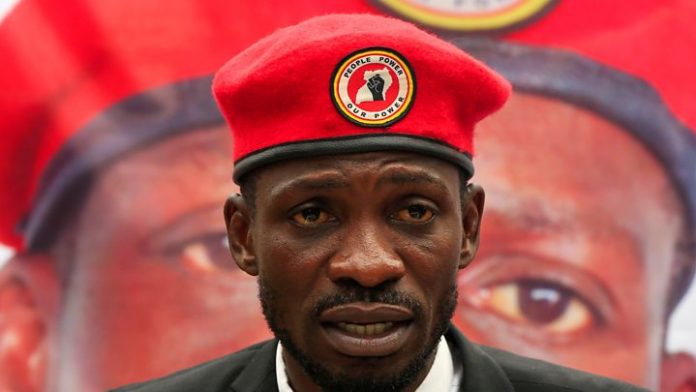 By Bobi Wine
We have credible information that the panicky regime has lined up some ‘operatives’ who they plan to arrest in criminal activity wearing red berets.

That explains [ the recent lead story by Red Pepper] That explains why they had started stage managing people who claimed that our supporters nailed them! We have been told they also plan to plant weapons in houses of some of our supporters, arrest them and charge them with treason and terrorism!
That explains why Minister Elly Tumwine was on television saying that People Power is linked to a terrorist organisation called the Red Movement.


Aside from this, they have rolled out a massive mission to bribe our people, including co-ordinators and supporters in different places. Too bad for them, many of the people they approach bring this information to us.
I am telling you all this comrades so that we all keep very alert, watch each of their evil schemes and expose them. They think they can still use what they call the ‘Luwero tactics’ in this era, but they are in for some big surprise.


They are dealing with a different generation all together, no wonder they have been burning their fingers with every scheme they bring about.
They don’t know what they fear, and they hate what they fear.

According to sources within their ranks, the panicky regime plans to stage-manage arrests of some 'operatives' putting on red berets in crime so they declare #PeoplePower a terrorist organisation and ban it! Explains such headlines. We are a non-violent movement! We are watching pic.twitter.com/WXtEf6HFx3