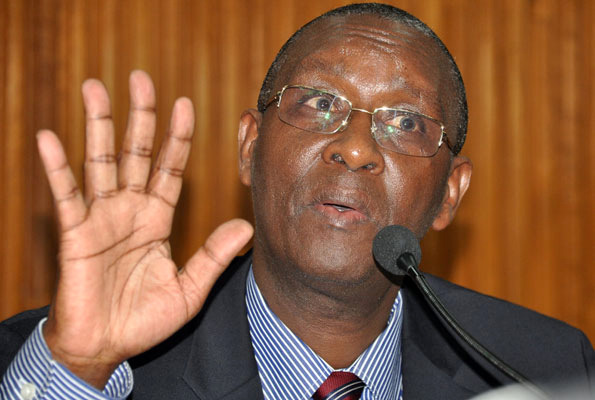 
Bigirimana had been nominated by the National Social Security Fund (NSSF) as a non-executive director of Umeme. NSSF is the biggest shareholder in Umeme. The Shareholders accused Bigirimana of being a “spoiler” in the different ministries he has worked in.
In an interview with CBS 88.8 FM, Security minister Gen Elly Tumwiine branded Bigirimana and secretary to the treasury in ministry of Finance, Keith Muhakanizi as “thieves”.

Other nominees included Anthony March, Andrew Buglass, Stephen Emasu and Riccardo Ridolfi. After the nominees presented their credentials, they went out to allow for a vote, after some shareholders refused to endorse them without a vote. After a simple vote, the shareholders accepted all other nominees except Bigirimana.
Bigirimana speaks out
The Gender, Labour and Social Development permanent secretary, says his rejection could have been the work of “mafias”


“I heard that some people in the meeting claimed that I am involved in different scandals. But I have helped NSSF through its board to grow. I thought I would add value to Umeme,” he told Daily Monitor.


Bigirimana also came under scrutiny before the land probe commission after he reportedly requested and received Ugx. 504 million from the Land Fund in 2016 for 50.5 acres of land on plot 5 Bulemeezi, block 103 that had been encroached on by squatters despite not qualifying for the compensation.
The commission’s lead counsel Ebert Byenkya said that Bigirimana’s documentation is covered in inconsistencies and that he did not qualify for compensation. According to Byenkya, the first registration dated May 14, 2004, was in the name of Joseph Nsubuga, the administrator of the late Nsubuga and the second registration of Fenekansi Kalyesubula strangely captured for a previous date of May 13, 2004. Bigirimana’s registration on the land title is April 19, 2008.


Bigirimana told the commission that he never paid attention to the dates, triggering questions on the intent of the purchase of the said land and a debate on how government officials are conniving to swindle resources set aside for the common man. Bigirimana pleaded that he never got to know that he did not qualify for the compensation but if the commission thinks he did not qualify, he is ready to follow their recommendation.