Home Politics Besigye: What was a LEOPARD is now weak; an opportunity for us... 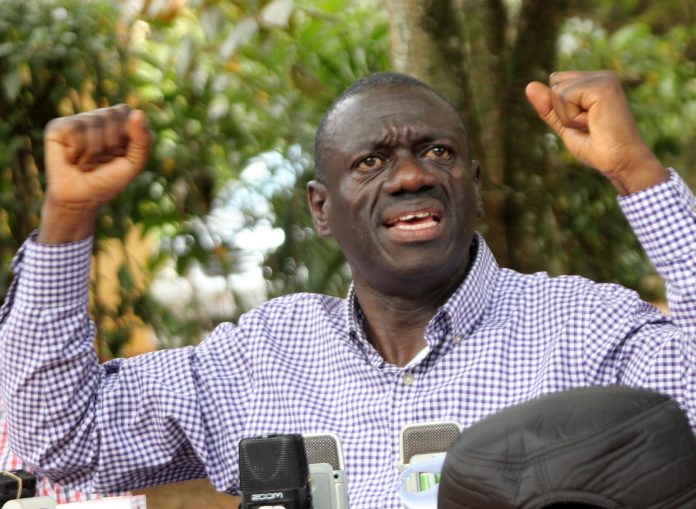 Forum for Democratic Change strongman and four-time presidential candidate says President Yoweri Museveni is getting weaker and weaker
He says this is an opportunity to attack. He made the remarks on Thursday evening during On the Spot program aired on NTV

KAMARA. You former colleague Gen. Henry Tumukunde is under arrest. What do you make of it?
BESIGYE: Gen. Tumukunde must be welcome to the real world. People who are on the regime quite often don’t appreciate what people go through.


What is happening is a matter that has been going on for a long time borne out two things.
Unrestrained exercise of power on the part of the executive the acting arbitrary with impunity; not acting within the law; not acting according to the constitution.
I must say I have not talked to Gen. Tumukunde before or after his declaration, so I may not know what informs his decision.
But I think on the other hand, apart from unrestrained exercise of power, Gen. Museveni is ever getting weaker.
KAMARA : Do you feel vindicated that you saw this 2years ago?


BESIGYE: This is not truism. Everyone who challenges power will go through the same. In spite of everything that happen, people don’t seem to appreciate what we have been going through. He seems to think that we should have faith and hope that elections work. I don’t know if Ge. Tumukunde genuinely believes so. He has been under the command of persons that don’t allow space for others to function.
So if you have been under that command and it still exists, why can’t you appreciate that we need to confront that illegitimate use of power in a manner that will be effective?


KAMARA: Do you welcome him into opposition with open arms?
BESIGYE: We don’t have opposition and government. What we have is Captives Vs Captors. We have people who are using power capriciously and those others that want to reclaim the power. If he wants to join those that want to reclaim their power from the captors, he is absolutely welcome.
KAMARA: When you see different people from security organs (Gen. Henry Tumukunde, Gen. David [Sejusa] Tinyefuza, Amama Mbabazi) coming up to challenge the status quo, that in itself is welcome.


BESIGYE: I sense is that a vulnerable has arisen which offers an opportunity to be attacked. What was a leopard is now vulnerable. Apart from weakening power and authority, for us who want to regain our power, it will take a struggle not just throwing a vote in a box.
For us, at this stage, everyone counts. When the regime gets weaker, like it was the case in Bush war, there are many defections and these defections are invaluable.


These people who are joining are very useful and we should engage them further to benefit the struggle.
You see we jumped out of that ship quite early and we definitely paid higher price but I feel glad that whatever effort we have been making is yielding fruit.
People join the struggle at different stages. In 2001, few people were willing to join the struggle. In 2006, more people joined the struggle and in 2011, more others joined. So everyone who joins at whatever stage is welcome.