Home Business Benchmark with the Best in the World, EAC Partner States told 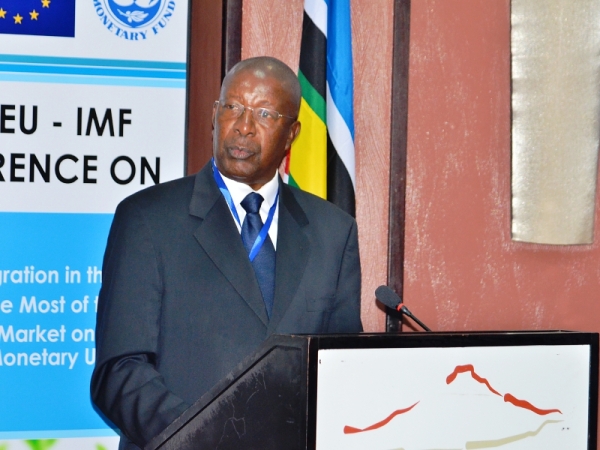 East African Community Partner States have been challenged to benchmark themselves with the world’s most advanced economies if they are to grow their economies.

Hon. Amanya Mushega, a former EAC Secretary General, said the EAC needs to revisit and do away with the standard way of judging itself by Sub-Saharan African standards.

“India, Singapore and South Africa, just to mention but a few refused to treat themselves that way. They aimed high, looked at the way the USA, Japan, Germany, UK and the USSR developed their human resources, copied them with the view to competing with them and not fellow third world countries and the results are out,” said Hon. Mushega.

“Our problem of remaining poor and beggars is not lack of money or natural resources, it is our mindset. We have put the bar too low. We are not going to be competing with Gambia or Haiti but with Korea, Japan and China, first for our own EAC market and secondly, for the world market,” he added.

Hon. Mushega called for heavy investment by the Partner States in human resource development, and urged the Community to compare the number and quality of local skills with those countries that have prospered rather than the comfort zone of Sub-Saharan Africa.

“For EAC to develop, exploit its resources, build industries, not cutting and wrapping imported products for it to build and maintain roads, railways, airports and dams, compete in local and world markets, it must put maximum efforts on the quality of education and skills of its population. Don’t say but we are ok. We are not. The EAC is not yet our market,” said the retired diplomat.

Speaking at the forum, Mr. Abebe Aemro Selassie, disclosed that at six (6) per cent, real GDP growth in the EAC in 2016 was expected to be well above the average for Sub-Saharan Africa, adding that prospects for 2017/18 also remain strong.

Mr. Selassie said that the challenge for the EAC as for other fast growing countries in Sub-Saharan Africa was how to sustain this growth over the medium term, how to ensure that scaled-up public investment and borrowing translates into durable growth and not unserviceable debt, and how to make this growth more inclusive.

“Faster economic growth within the EAC is therefore a potential “game changer” as it holds the promise of improved productivity, competitiveness and welfare gains,” said the IMF official.

He noted that while significant progress had been made since the inception of the EAC Customs Union and the Common Market including the establishment of a Single Customs Territory with a Common External Tariff and effective elimination of internal tariffs for goods meeting Rules of Origin – there is still work to be done.

“Customs valuation procedures have also varied across the region, despite the approval of the EAC Customs Valuation Manual,” he observed.

In her remarks, Hon. Jesca Eriyo, the EAC Deputy Secretary General (Finance and Administration), said that the Community had made significant progress in the areas of trade, financial and macroeconomic integration as well as building institutions necessary to support the integration process.

Hon. Eriyo revealed that financial integration in the EAC was deepening and that free movement of labour was becoming a reality, partly aided by the Mutual Recognition Agreements among professional associations including those for architects, accountants and veterinary officers.

She said that to ensure macroeconomic convergence ahead of the monetary union, convergence criteria pertaining to inflation, foreign exchange reserves, fiscal deficits and public debt would have to be achieved and observed.

“The purpose of the convergence process is to ensure that countries enter the monetary union without major disequilibria that could threaten its stability. However, convergence is not an automatic process. The experience of the Euro area shows that a set of mechanisms involving institutions and the use of incentives and corrective procedures to deal with deviations from pre-determined paths, have been needed to achieve convergence and keep union members aligned,” said the DSG.