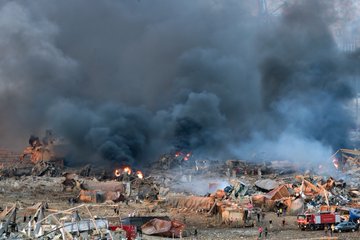 The blast in Lebanon’s Beirut has killed more than 100 people, as per the Lebanese Red Cross. A giant smoke cloud was seen at the site, before high speed wind shockwaves impacted the area near the city’s port where it happened.
“Until now over 4,000 people have been injured and over 100 have lost their lives. Our teams are still conducting search and rescue operations in the surrounding areas,” a statement said.


According to officials, the death toll is expected to increase, with authorities digging through rubble to find more corpses. Being seen as the most powerful explosion to hit Beirut in years, it is a major blow the country already suffering because of coronavirus and an economic crisis
An additional 4,000 people have been injured in the attack. In the fallout of the explosion, windows were smashed, and the ground shook in the capital city.
Michel Aoun, the president has claimed that 2,750 tonnes of ammonium nitrate was being stored for six years with no safety measures, calling it “unacceptable”.

While calling an emergency cabinet meeting, the leader suggested imposing a state of emergency in the country for two weeks.
The blast hit the city at 6 pm local time (1500 GMT), following which a fire continue to blaze across the port district, which cast an orange glow in the night sky.
Leaders angered by blast
Hassan Diab, the PM of the country said that there would be accountability for the deadly blast at the “dangerous warehouse”.


“Those responsible will pay the price”, he announced in an address.
The blast occurred in the city’s port area, where there were warehouses housing explosives, Lebanon’s state news agency NNA and two security sources said. A third security source said there were chemicals stored in the area.
wio 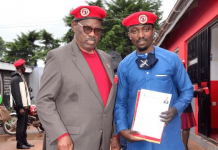