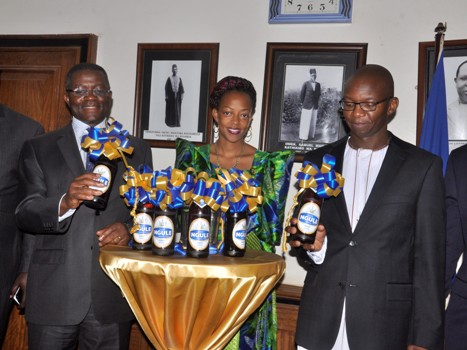 A few years ago, the beer market in Uganda was dominated by Club Pilsner and Bell L ager-both upper end beers. Things have changed. The low end beers Eager Lager, Senator and Chimbuku are in charge. Market reports indicate Nile Breweries Eager Lager commands more than 55 percent of all the beers sold in Uganda.

A few years ago, Uganda Breweries Limited (UBL)’s Senator commanded a sizeable market share, however, the brand is said to have had challenges (Quality issues) which affected her market share. They are now back on the road. And last year when Nile breweries made pricing blunders, Senator gained some numbers.

In the recent past, UBL has undertaken a series of initiatives as it seeks to regain the lost glory.

As all this happens, the Bugunda Kingdom in partnership with UBL unveiled new beer-Ngule, a low end beer.

It is evident; the low end beer market is becoming competitive by the day. The segment now has five main beer brands; Eager (Dark and Extra), Senator, Chimbuku and now Ngule.

The question we are asking ourselves is: who will take the day? What will determine the winner?

Nile breweries already has a strong, sustainability which has happened them widen the gap with rivals.

The company contracted farmers in Eastern and Western region to grow maize, millet and sorghum-key ingredients in manufacturing of Eagle and Chimbuku. As such, the farmers feel they are part and parcel of Eager Beer. Otherwise, they are obliged to buy Eager Beer.

It is for this reason that Uganda Breweries is finding it increasingly hard to dislodge Nile breweries (Eager Beer) in eastern Uganda. Chimbuku, another brand of Nile breweries is also a favorite beer in the western region.

Uganda Breweries has tried a similar project-growing Barley-a product used in manufacturing Senator Beer. Unfortunately, the crop is only grown in very cold and high attitude areas. Already it can be seen that while sorghum, Maize and millet are grown widely, Barley is not. It can be seen that even before they go to the market, Nile Breweries has a sizeable number of customers-the farmers.

Eager beer has also heavily penetrated and established itself as a favorite beer in the Central region (Buganda).

It remains to be seen whether the Ngule beer which has been positioned as a official beer for the Buganda Kingdom, will be able to dislodge Eager from Buganda.

For this to happen,management of Ngule must curve out a unique marketing strategy. But one wonders whether Nile Breweries is willing to see a new entrant take away her market just like that. Is there a gallant that Eagle beer will continue to dominate Buganda region?

From the onset it is obvious the fight is between Ngule and Eager beer.

Will Ngule beer take over Eager beer position in Buganda just because it is associated with Buganda Kingdom? Are these a enough Baganda to take Ngule in sufficient quantities?

According to analysts, the Ngule needs to be marketed and positioned as National beer, otherwise focusing on Buganda alone may not Otherwise, according to the latest population census, other regions have also grown, thus, concentrating only on Buganda region may not be a wise decision.

However, Ngule needs a unique marketing strategy if they are to fight well entrenched brands on the market. We are yet to see their strategy.

While launching the Ngule Beer, Katikiiro Charles Peter Mayiga said the beer will be used on all Kingdom functions including introduction ceremonies. However, so far, on most Buganda functions, Eager Beer is till the favorite. What could be the problem?- could it be a distribution issue or ‘defiance?’

Already Nile breweries are very effective distribution which ensures that their brands is available everywhere and anywhere.

Uganda Breweries, the official brewery of Ngule have in the past had problems with distribution and distributors. The UBL seeks to use the all powerful Buganda Kingdom CBS FM to advertise Ngule and Senator to possibly gain some market share from favorite Eagle Beer. However, according to analysts, advertising may not be winning factors-distribution is key to success of any business.

From the past experience, it is obvious mere association of the brand with Buganda Kingdom is in itself not enough to drive the required sales volume.

For example Kingdom’s telecommunication network K2 is on life support (with less than 100,000 active subscribers) despite the so many Baganda loyalists (estimated at about eight million).The Eddobozi Newspaper, was also associated with Buganda Kingdom, today the paper is no more. It also remains to be seen whether the Kingdom TV –BBS will be a king in a highly competitive TV market.

It is obvious the beer market is going to be a tough one. There are a couple of things the players must address if they are to remain in the market. One thing is for sure, the battle will be won those who are well prepared and customer centric. 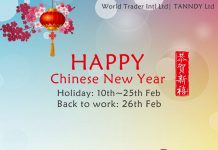 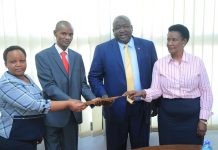 Milk wars: Uganda demands Kenya to immediately refrain any actions against her exports 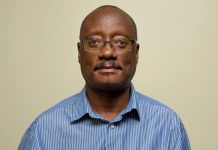