Home Lifestyle Bebe Cool to Nantaba; Apologize, Your ego led to the killing of... 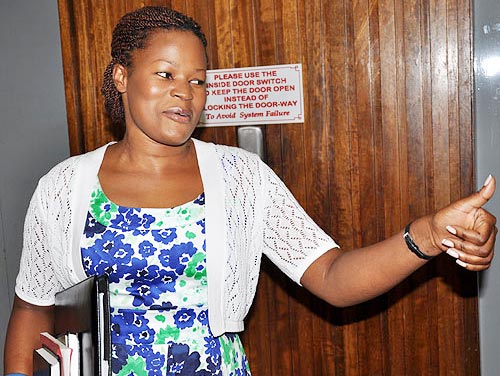 
‘‘Hon Nantaba, whereas one may understand your security concerns, it would be wise you go and apologize to the family of the late Sebulime’’Bebe Cool said on Thursday.
He added: otherwise, it is your ego that led to the killing of an innocent man and a single father. Sit down with Uganda Police and set up a trust fund for the Late Ssebulime children’s education and wellbeing. Your story will make more sense when you show remorse.


Ronald Ssebulime 40, 40, was killed in Kayunga District by police on Sunday on claims that he was trailing State minister for ICT Idah Nantaba. It later emerged that he was on his way to visit his children at school.
Ssebulime is survived by four children, his wife having died of a post-natal complication in 2013. The eldest is in Senior Four while the youngest is in Primary Two

Ssebulime was laid to rest on Monday. Rev Canon Jesco Wasswa Ssebulime of Mityana Anglican Diocese, who presided over the burial proceedings, equated the ongoing killings in the country to a state of war.
“We are in a state of war. I am saying this for my God. But as Christians. we are required to carry God’s cross and die for the truth. Don’t be shy. These are bad days,” he said


Meanwhile, Social critic Frank Gashumba offered to take care of the youngest children and pay the school fees.
“I was appalled because I am also a single father. I know what it takes to raise a child. This is why I have attended the funeral. He was killed on his way to the visitation of his children and in a spirit of oneness, I will pay fees for the youngest child until university,” Gashumba said.