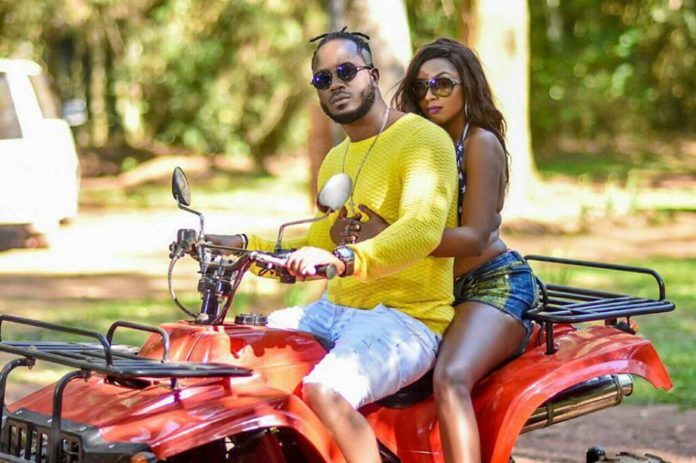 To avoid a repeat of what happened to him at Cricket Oval Lugogo on Friday, Bebe Cool has suspended public performances until further notice.
The self-proclaimed ‘Big Size’ forced off stage by police at Lugogo after he was, booed and then bottles and plastic chairs hurled at him. The revellers were chanting pro-Bobi Wine and ‘People Power Our Power’ movement slogans.


The Lugogo incident was the second such incident to befall the artist within a week after he was also booed at Club Ambiance last week.
After the ugly Lugogo incident, Bebe Cool said he would not be intimidated by the ‘People Power’ movement into stopping to support President Yoweri Museveni and his National Resistance Movement government. But in a Facebook post later today, Sunday, Bebe Cool said he has suspended all public appearances until further notice.

In the statement Bebe Cool issued on Sunday evening he started ‘ ‘ I have been in the music business for more than 20 years now and I’am proud to say that I have made a great contribution to the development of the Ugandan, East African & African entertainment industry. It gives me great pride to witness several young musicians, comedians, instrumentalists and promoters make a fine living in this entertainment industry. In this same industry, i have built a life for myself, my family, friends and many dependants.The current fruits from this industry would not have existed if Uganda did not have peace, freedom, tranquillity and tolerance for each others’ religious, political and cultural beliefs.’’


He added: For the last few weeks, I had chosen silence as a means to exercise my tolerance for the political events that are currently transpiring in the country. Unfortunately, while at a performance last Friday, I was pelted with bottles and stones by a group of people purportedly because I do not subscribe to their political beliefs.


‘’For the safety of myself, family, friends and fans, i regrettably would like to announce that i will not be making any public performances until further notice. My prayer is that the current situation in our beloved country doesn’t deteriorate into an unfortunate state..’’